The loss dropped them to fourth place. 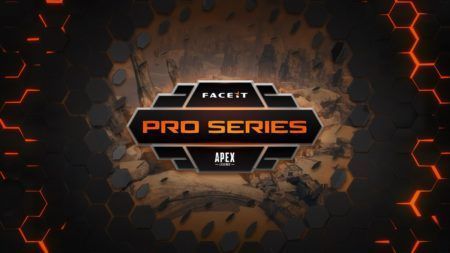 Apex Legends’ first EA-sanctioned esports tournament got off to an ignoble start this weekend when one of the tournament favorites, SKT T1, ran into an aimbotting cheater in one of its last matches.

Kurtis “Kurt” Gallo had his Gold Armor disappear in less than a second thanks to the cheater’s aimbot, even though he was hiding behind cover at the time and only peeked momentarily. When Kurt ducked out to replenish his shields, his two teammates, Brendan “BcJ” Jensen and Haydin “ZerG” Gordon were taken down instantly by the same player.

Kurt came back to try to fight the cheater, but even in a 1v1 situation, with three bars of shield, the pro was no match for the cheater’s aimbot and he went down in mere seconds.

The Faceit Apex Legends Pro Series Tournament is played in public matches, with teams scoring points based on how well they finish. Unfortunately, this leaves the door open to cheaters to affect the outcome of matches. Due to this loss, SKT T1 only managed a fourth-place finish in week 1, taking home US$500 prize money. The game has been plagued by cheaters since launch, with over 770,000 cheaters banned so far. Neither Faceit or Respawn Entertainment have issued a statement regarding the aimbotter in SKT T1’s match yet.

The Apex Legends Pro Series Tournament continues for the next seven weeks, with US$50,000 total prize money up for grabs.