Fans are getting bored of Apex Legends, says report

Twitch viewership for the game is down, compared to its biggest rival Fortnite. 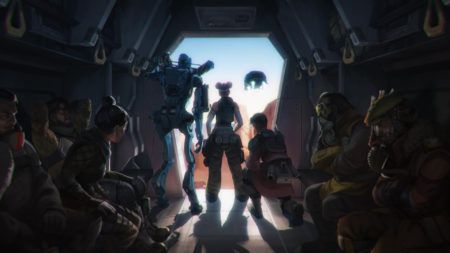 It’s one thing to reach the top of the gaming world in terms of popularity, staying on top is a completely different beast.

Released earlier in February, Respawn Entertainment’s Apex has struggled to keep the game relevant, with slow updates, a lackluster first season pass and a horrific number of games dominated by cheaters. These factors have led to a huge 75% decline in peak viewership, according to a report by Stream Elements.

The decline is also reflected in viewing hours — Apex is down to 10 million, compared to Fortnite’s, which hovers above the 20 million mark. Fortnite has also had over 311 million hours watched in the first three months of the year alone.

Apex Legends had a great start, reaching 50 million players a month after its release. It also broke Twitch’s single-day record for most hours of viewership, with expectations that it would eclipse Epic’s Fortnite in terms of viewership and popularity.

What everyone failed to consider, though, was the difficulty of keeping such a massive player-base focused and dedicated. A noticeable decline in Twitch views in terms of hours watched happened when only two of the top 20 streamers prioritized Apex Legends in March compared to February.

The one thing Respawn Entertainment can take advantage of right now is the fact that there are still plenty of streamers out there looking to make a name for themselves, and esports organizations are still willing to invest in the game.

Also, players still have the game downloaded which means they’re one major event away from being relevant again, but the idea of Apex Legends competing with Fortnite looks to be over for now.

Apex Legends is currently free to download on PS4, Xbox One, and PC with the first Battle Pass season ending on June 17 this year.