Filipino celebrity Alden Richards is not just a Genshin Impact whale, but a big spender too when it comes to Demon Slayer figures.

The actor once revealed his massive collection of figures dedicated to Ufotable’s phenomenal anime series on his Instagram stories.

Alden once shocked the Philippine anime community when he posted his Instagram story, which showed a selfie of him in a background full of his very own resin statues from the anime series Demon Slayer (Kimetsu no Yaiba).

The most expensive figure in the display is LX Studios’ Rengoku Kyoujurou vs Akaza resin, which costs US$1,050 (roughly PH₱55,000).

This special resin statue uses LED lighting, reliving one of the most epic fights in the franchise featuring the Demon Slayer Corps’ Rengoku Kyoujurou and the demon named Akaza. 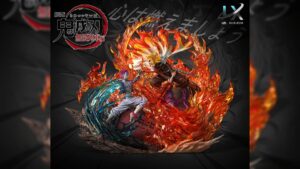 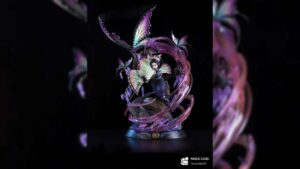 He also owns smaller, chibi-style figures of protagonists Tanjiro Kamado, Nezuko Kamado, and Zenitsu Agatsuma, amounting anywhere from US$112 (PH₱6,000) to US$217 (PH₱11,000). Looking at these anime figures, the full collection is estimated to be worth over US$11,000 or about PH₱570,000.

Alden’s display cabinet is located right beside his gaming PC that costs nearly PH₱500,000, where he plays (and whales) on games like Genshin Impact.