5 reasons why SEA will dominate the Wild Rift Horizon Cup

The region was made for this tournament! 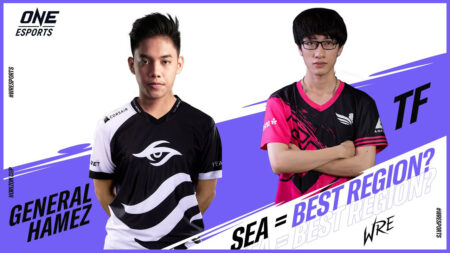 The Wild Rift Horizon Cup is just a day away and will finally bring the ten best teams around the world into one arena.

With the global tournament taking place in Singapore, it looks like teams from Southeast Asia (SEA) will have a substantial home turf buff.

As a region that excels in mobile gaming, SEA teams are looking more confident than ever as they head into the Horizon Cup.

The region’s two representatives, Team Secret and SBTC Esports, carry world-class talent that is ready to prove their presence on the international stage.

In the roster of Team Secret, support player James “Hamez” Santos stands out as the team’s stats-heavy leader, taking the top ranks for numerous champions. Keep an eye out for his incredible Gragas plays.

As for Vietnam’s SBTC Esports, Nguyễn “TF” Hữu Thuần has been dubbed by fans and analysts as the best jungler in the world. From incredible ganks to unpredictable playstyles, TF has the skill to secure another championship victory for the SBTC banner.

For three more reasons why the SEA region will conquer the Wild Rift Horizon Cup, check out this video: