The Valorant world championship is finally here, marking the culminating event of the 2022 competitive season.

All 16 teams are starting in the Valorant Champions 2022 group stage, where they will battle for eight spots in the playoffs.

Champions will play host to veterans and fresh faces alike. Teams like OpTic Gaming and Paper Rex will be making a fresh bid for the trophy, while others like China’s Edward Gaming and Indonesia’s BOOM Esports are making their international debut.

At stake is the biggest prize pool for a Valorant tournament this year. Last year’s world championship had a US$1 million pot, compared to the usual US$650,000 for Masters events. 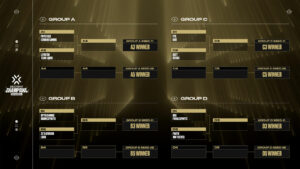 The tournament kicks off with the group stage from August 31 to September 8, followed by the playoffs from September 9 to 18.

You can check out the complete schedule for Valorant Champions 2022 in our full explainer. All matches will be broadcast live on the official Valorant Twitch and YouTube channels.