TSM advances to the finals of First Strike North America

Subroza dominated both games using Raze with a 39/23/5 KDA score. 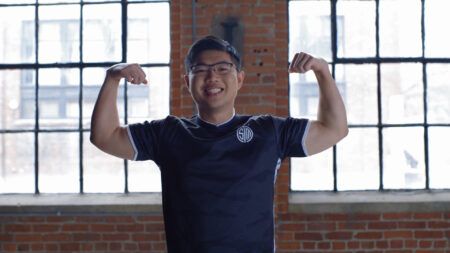 TSM showcased key performances from all of its members, switching things up by having Stephen “reltuC” Cutler take over the in-game leader (IGL) duties.

Right at the start of Game 1 on Ascent, which was TSM’s map pick, Envy’s Jake “kaboose” McDonald outmaneuvered TSM in gun fights using Reyna. He was able to reposition himself with the Dismiss after each kill, dominating the early rounds as a result.

TSM would eventually get ahead of Envy using their superior map positioning and savvy fake plays. With TSM on the attack, Yassine “Subroza” Taoufik confused his opponents by constantly pressuring B-main. This forced Envy to constantly have players covering the B-site, which enabled TSM to execute an A-site attack that got them back into the game.

With Envy frazzled and off their gameplan, TSM capitalized on their opponents’ mistakes and closed out Game 1, 13-7.

At the start of the second game, Envy picked Split, a map they have an 86% win rate on the defender side. But after going down 0-2 after the pistol round, TSM took complete control of the game. Subroza continued his aggressive play on Raze and owned B-main.

TSM’s retakes during the first half were also on point. Since TSM was going for slow pushes around the map, they still had their agent abilities ready to throw at Envy once it was time to retake the site.

After the 9-3 halftime score in favor of TSM (despite losing another pistol round to Envy), reltuC made perfect calls, which gave TSM the 13-5 Split victory.

After the match, TSM’s James “hazed” Cobb mentioned that he personally believes his teammate and TSM’s new IGL, reltuC, played Sova so well in Game 1 because he’s been playing so much World of Warcraft since the new expansion came out. Hazed insisted that, since reltuC uses a hunter in WoW, he was able to channel Sova’s abilities better in their match against Envy.

TSM is the first team to enter the First Strike North America finals, where they will face 100 Thieves, which beat Sentinels in the second semifinal match of the day. The Grand Finals series will take place on December 7 at 5:00 a.m. GMT+8, and will be streamed on Riot’s official Twitch and YouTube channels.