Hands down the best match of the tournament thus far. 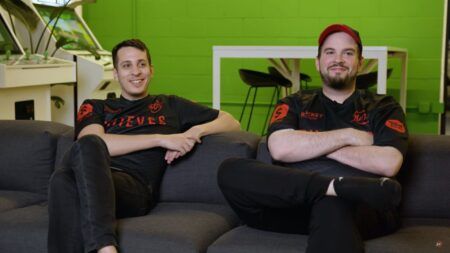 Both teams showed great improvement from their qualifier matches. At the start of Game 1 on 100 Thieves’ map pick of Haven, it was T1 that looked to be in peak form, with Tyler “Skadoodle” Latham dominating on Jett. This continued all the way to the half where T1 held a 9-3 lead.

But as soon as the teams switched sides, 100 Thieves staged an incredible comeback as the defenders on Haven. Suddenly, everything clicked for 100 Thieves; they were able to hold key parts of the map, despite being at an agent disadvantage.

In the following game of the series, 100 Thieves took advantage of T1’s slow start, reeling from their failure to capitalize on their Game 1 lead. Nicholas “nitr0” Cannella and Spencer “Hiko” Martin dealt with T1’s agents, who looked out of place in their post-plant defense. Asuna also continued to edge out T1 in early game gun fights.

T1 would then rally behind their newest player, Ha “Spyder” Jung-woo, who switched to the duelist role on Bind. During crucial rounds, Spyder took early gun fights and gave T1 the man advantage, which resulted in round wins.

But 100 Thieves separated themselves from T1 after close round wins, including one where Hiko and nitr0 stopped a spike plant at the very last moment of the round. With T1’s economy in shambles, 100 Thieves played it safe and avoided any Thrifty losses.

100 Thieves clinched the win over T1 by executing their post-plant strategy. To do this, Asuna and Hiko timed their opponents’ entries and shot through the Blaze Wall.

With 100 Thieves’ 2-0 victory over T1, they now advance to the semifinals where they will face tournament favorite Sentinels in a best-of-three elimination match. The semifinals will take place on December 6 at 8:00 a.m. GMT+8.

READ MORE: 100 Thieves’ Hiko: ‘Once Spyder started to slow down, we knew we had them’