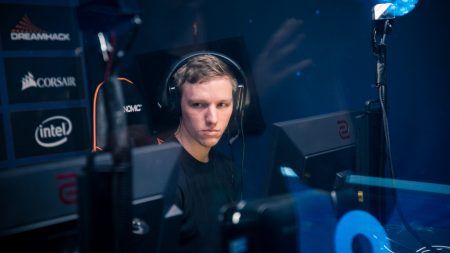 Falling short of qualifying for the First Strike main event at the Nerd Street Gamers tournament because of a loss to Sentinels in the playoffs, T1 sought to rework their team strategies. In their highly-anticipated match against title contender Cloud9, they successfully executed a high-risk, high-reward play with Skadoodle as the focal point.

Playing as a defender at the start of the match, Skadoodle used Jett’s Tailwind ability to jump into enemy lines and started a close quarters pistol battle with Cloud9. With the support of Ha “Spyder” Jung-woo, who used his Paranoia to blind Cloud9’s agents, T1 was able to set the pace for Game 1.

Skadoodle continued to make flashy plays with Jett, fighting off three Cloud9 agents who made a coordinated push from B-main and Mid on Ascent. T1 would eventually win Game 1 with a 13-8 round score.

In the following game, Cloud9 tried the same strategy T1 used in Game 1 by blitzing their opponents with a sudden five-man push from Hookah and the Mid-teleporter on Bind. However, Skadoodle was still on an incredible hot-streak and he swiftly cleaned up Cloud9’s agents who were stuck in Hookah.

Cloud9 star player Tyson “TenZ” Ngo wasn’t able to make as many impact plays for his team when they needed him the most, even though he finished Game 2 as the team’s MVP.

Skadoodle has been steadily improving his skills as T1’s designated Jett main player. He also pulled off unbelievable impact plays during T1’s winners’ match against Immortals.

With the UMG Tournament’s quarterfinals match completed, we now know the eight teams that will play in Riot Games’ First Strike NA Main Event on December 3: