Mixwell shows you how to properly counter an Operator

All you need is teamwork! 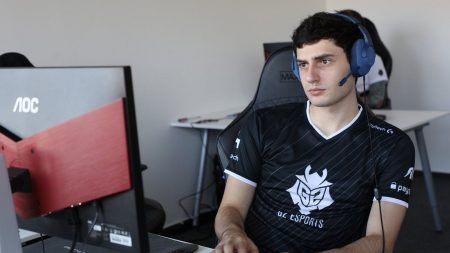 The Operator is a hot button topic in Valorant right now. There is a growing contingent of players who are asking for the weapon to be nerfed, because of the strong impact it has in both ranked and competitive play.

Mixwell started by using his match against FunPlusPhoenix during the LVL Clash 2 as the perfect example of how to counter an Operator in Valorant.

At the start of the round, FPX was setting up for an A-site push. They carefully moved through A-short while having one player holding an angle to counter an aggressive peak from the enemy team. With FPX’s agents in position, they dropped Brimstone Sky Smokes on A-site. Mixwell took a shot while he was on top of A-truck which gave his position away.

This caused FPX to throw Sova Shock Darts on top of A-truck, which forced him to Tailwind out. He was also flashed by the Breach, so if he decided to stick around a moment later, he would have been taken out.

Instead of contesting FPX’s A-site execute, G2 let their opponents plant the spike and decided to go for the retake. And, with FPX not having enough utility to defend the spike, they then lost the round. G2 eventually forced out overtime and won the match, moving on to their sixth Ignition Series tournament win.

Mixwell followed up with another example from the recent Pop Flash event where TSM was upset by Team Dignitas in the group stage.

In the ninth round, TSM was setting up for an A-site push on Haven. They used Sova’s Owl Drone to scout out DIG’s defensive setup, but found nothing. And, instead of using smokes to block out their opponents vision, TSM just ran into the site one by one, totally uncoordinated.

The Valorant community has been clamoring for an Operator nerf since the game was released. With prominent players like Matthew “Wardell” Yu and Tyson “TenZ” Ngo displaying high impact rounds with the weapon, more players in ranked games have been able to utilize the weapon to make the most out of it. Because of this, there is a prevalent narrative that the Operator is too overpowered.

But if a group of well-coordinated players synchronize their agent abilities, the Operator can easily be countered in any circumstance.

READ MORE: 3 ways to counter an Operator in Valorant