It all went down at the FaZe Clan Valorant Invitational. 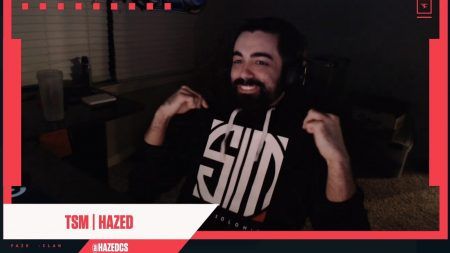 Team SoloMid has reclaimed the North American Valorant throne from bitter rivals, Sentinels, by winning the FaZe Clan Valorant Invitational tournament in an exhausting 3-2 grand final series that went down to the wire.

Before breaking down what happened during the grand final, here’s a quick recap of the growing rivalry between these two amazing teams.

TSM dominated the first major Valorant Invitational tournament and won the T1 x Nerd Street Gamers Showdown, which launched them to the top of the NA scene.

Sentinels then finalized their roster with Michael “dapr” Gulino and seized the NA throne from TSM by winning the PAX Arena Invitational and 30Bomb Summer Cup, where they won 7-1 games in head-to-head matchups. Later, Sentinels were not afraid to call out other teams in NA, particularly TSM whom they felt were prematurely crowned kings of NA.

This gave TSM all the motivation they needed to defeat Sentinels in the upper bracket final, which produced the most insane game we’ve seen in the history of competitive Valorant.

An undeterred Sentinels squad quickly dealt with Immortals in the lower bracket final, giving them another shot at TSM. Both teams picked up where they left off, pushing competitive Valorant to new heights with over 140,000 viewers watching the grand final.

Sentinels looked eager and determined to prove that TSM’s upper bracket win was just a fluke, as they redeemed themselves by winning the first game of the series on Haven. But since TSM advanced from the upper bracket, Sentinels’ win only tied the series 1-1.

One of the major storylines of the grand final was how TSM team captain, James “hazed” Cobb had stepped up when his team needed him the most. The retired CS:GO veteran carried the team on his back with a 24/15/7 KDA score on Split with Sage.

After winning the fourth game on Ascent with a 13-7 score line, Sentinels forced a final game on Bind that went down to the wire.

Knowing that another tournament loss against Sentinels would be too much to stomach, TSM put together two flawless rounds, forcing the game to go into overtime.

At the end of regulation, TSM showed just how clutch they are by winning the last two rounds of overtime, with Matthew “Wardell” Yu and hazed coming up big yet again.

After the grand final match, hazed revealed that the beef between TSM and Sentinels was real, and that he already had a problem with former Overwatch and Apex Legends pro Jared “zombs” Gitlin, dating back to the beta days of Valorant.

Along with reclaiming their NA Valorant throne, TSM took home US$25,000 in prize money and Wardell was awarded tournament MVP of the FaZe Clan Valorant Invitational.

The TSM and Sentinels rivalry continues with the upcoming Pittsburgh Knights Invitational Gauntlet Series tournament that will take place on August 16.