Tekken Season 4 teases the return of a fan-favorite

Can you guess who it is? 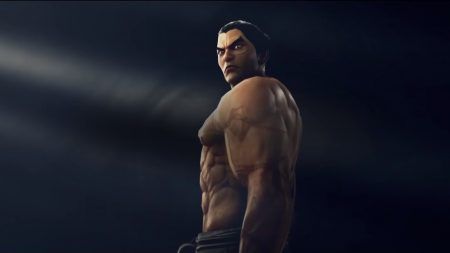 Bandai Namco has announced the fourth season of Tekken 7.

In the teaser trailer, Bandai states the usual changes that come with a new season. Players can expect new moves for all characters which could significantly change the current meta that’s dominated by Fahkumram and Steve Fox.

In Ranked Mode, Bandai showed a new attribute called “Tekken Prowess” that could show your opponents how trained you are in a specific character and such.

With the company looking to continue the competition through online tournaments, the Tekken developers are eyeing better improvements in online modes such as Ranked, Tournament, and Lobby. With countless inquiries by the fighting game community about the game’s net code, this clear response to the issue may revive the hopes of a better online experience.

Of course, every new season of Tekken 7 comes with new additions to the roster, with viewers getting a sneak peek at the first S4 DLC fighter in the final shot of the trailer.

The character is seen standing on a Japanese building, peering down at a cityscape with a huge mountain in the background. From our guess, it’s likely to be masked ninja, Kunimitsu.