Fans only need to wait another week to find out which characters will complete the SFV:CE roster. 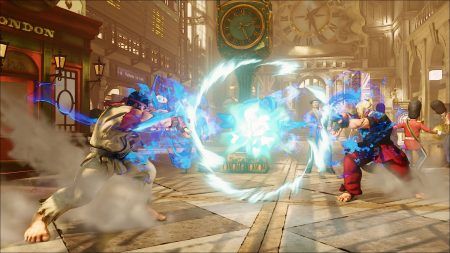 Capcom has announced that it will be revealing the final characters for Street Fighter V: Champion Edition on August 6 at 1:00 a.m. GMT+8 (August 5 at 10:00 a.m. PDT).

The Summer Update will also include 2020 Capcom Pro Tour updates, and more.

In a recent tweet, Capcom urged fans to tune in for a discussion regarding the future of the game, which will be tackled by “some special guests.” A follow-up tweet then introduced SFV Director Takayuki Nakayama and SFV Producer Shohei Matsumoto, who will be “delivering some important news” during the stream.

Previously, the SFV Dev Team spoke about how the positive reception of both Season 4 and the Champion Edition inspired the push for a fifth and final season. Street Fighter V, Capcom promised, would be receiving five new characters — which would bring the total roster count to 45 — and three exciting new stages.

Prominent players, such as EVO Champion Seonwoo “Infiltration” Lee and Street Fighter legend Daigo Umehara, have already begun speculating on which characters they’d like to see in the upcoming expansion.

Fans can check out Capcom’s SFV:CE character reveals through the livestream via the Capcom Fighters Twitch channel.

READ MORE: Daigo proves he still has it in the most stacked tournament of the year