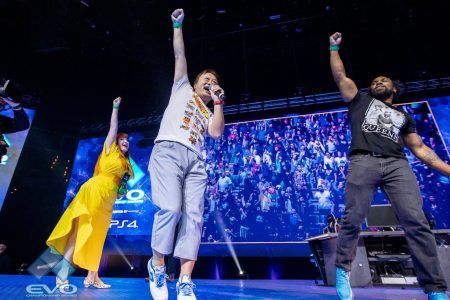 Capcom producer and developer Yoshinori Ono, who helped build one of the biggest and most beloved franchises in gaming, has announced that he will be leaving the company he’s worked with for almost 30 years.

In a heartfelt message via Twitter that was well-received by the community, Ono explained his decision.

He shed light on the state of competitive Street Fighter gaming, and the challenges that the COVID-19 pandemic has brought about this year. He also noted the internal discussions that took place regarding the Capcom Pro Tour (CPT 2020) and addressed criticisms over the necessary changes which the company implemented.

Ono joined the Capcom family in the early ’90s, working as a sound producer on the Street Fighter series, and playing a significant role in growing franchises like Mega Man, Breath of Fire, and Devil May Cry. Later,

Ono was credited as the executive producer on a number of Capcom titles, including Monster Hunter and Darkstalkers, and was responsible for overseeing Dead Rising studio Capcom Vancouver.

He is, however, best known as the producer of Street Fighter IV, which he worked on with a limited budget.

Street Fighter IV marked a transition period from underground ‘money match’ events, into the game becoming a full-fledged competitive esport. The title eventually served to bring the brand itself back to life after a decade-long hiatus, and Ono was then made producer of its successor, Street Fighter V as well.

“I’ve been with the Street Fighter brand for a long time, experiencing good times, bad times, and even non-existent times,” he said of his time with the franchise, “My heart is filled with appreciation to those players who’ve been giving warm and kind support [to] the brand, especially [during] the past decade or so, as all the activities [of] the Street Fighter brand regained sunshine and grew its liveliness.”

It is unclear what Ono will be doing after his departure from Capcom, but he will sorely be missed. Ono is looked up to for his extremely positive attitude, and would often take the stage as Street Fighter’s spokesperson, delivering the game’s major announcements. There is no doubt the community will be looking forward to his next endeavors.

READ MORE: Who is Akira Kazama and why is she coming to Street Fighter V?