Watch the 5 best moments from when Blackpink played PUBG Mobile

Join the girls with Heechul, DDDD, and Beenu! 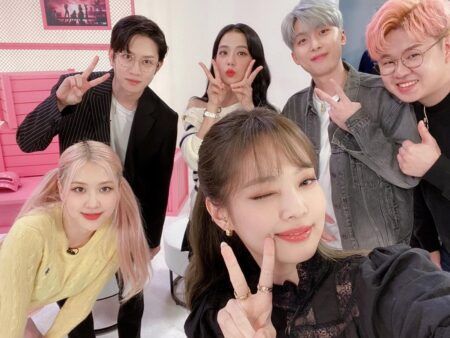 The superstars of K-pop girl group Blackpink proved that they’re not only phenomenal on-stage, but in-game as well.

All four members, Jennie, Jisoo, Lisa, and Rosé, were invited to PUBG Mobile’s Fun Match, along with other Korean personalities like Heechul and streamers DDDD and Beenu.

The squad showed off their battle royale skills and played a fun match of PUBG M with a variety of accompanying missions and tasks dedicated to their fans.

5. Lisa and Rosé have a staring contest

A cute ChaeLisa (Chae from Rosé’s real name Chaeyoung and Lisa) moment occured before the actual fun match, when all four girls entered a staring contest to determine their team division.

Lisa and Rosé got matched against each other where the former lost after laughing and then blinking because of the latter’s funny expressions.

Blinks from the Philippines expressed their utmost support to the group’s lead vocalist Jisoo. A Filipino fan wished her the best and even said “Let’s get that chicken dinner, Jisoo!”

Fans know that among the four members, Jisoo is the biggest gamer and has played titles like Animal Crossing: New Horizons, Overwatch, and of course PUBG.

During the Fun Match, Jennie got paired with PUBG streamer DDDD on Team Pink while Jisoo’s game partner was Beenu on Team Black. Unfortunately, some of the enemies were able to injure DDDD. He did not make it in time to get revived by his teammate Jennie, which eventually eliminated him from the game.

Jennie then played the rest of the Fun Match by herself, much like the title of her first debut solo single.

In the end, Jennie did not get any kills but we’re pretty sure she has the potential to get that chicken dinner with her perfect aim.

2. Jennie, Jisoo, and Beenu team up

Jennie decided to tag along with Team Black members Jisoo and Beenu after DDDD got eliminated. The trio pretty much roamed around the area looting and exploring their vehicle options, switching from buggies to motorcycles, but things got pretty intense as the circle closed in on Jennie.

“Take me with you!” screamed Jennie to Beenu who fortunately gave her a ride to safety.

1. Jisoo believes she can fly

The best highlight of the Fun Match was watching Jisoo drive as she showed off her skills by crashing into a lake and rolling down a hill yet somehow still ending up with a perfect landing. This girl really believes she can fly using a buggy!

The Fun Match ended with Jisoo in 13th place after getting sniped by another player.

All six guests received sets of Hanwoo beef as prize for participating in the Fun Match. Some lucky Blinks won CD keys for the game, as well as commemorative Polaroid photos of the girls during the event.