The girls are back in the Battlegrounds! These special collaboration bundles will be released on August 4 for PC users and August 12 for console players. This was announced in the teaser video posted on PUBG’s social media accounts.

How to get Blackpink PUBG skins

These new skins will feature Blackpink girls Jisoo, Jennie, Lisa, and Rosé in their own PUBG bundles.

You purchase these collaboration bundles when PUBG’s 13.1 update drops.

Jisoo’s PUBG bundle includes a sleek black dress, a pair of black shorts, fishnet stockings, and a blonde wig. She wore this outfit when the group was promoting “Lovesick Girls.” 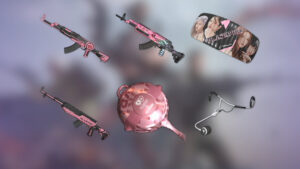 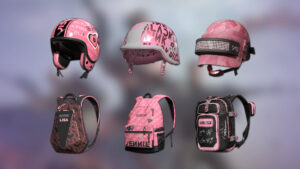 Of course, this collaboration would not be complete without some gorgeous weapons, helmets, and backpacks adorned in familiar pink and black hues for all Blinks (Blackpink’s fandom name).

There’s even a Blackpink PUBG parachute featuring the actual faces of Jisoo, Jennie, Lisa, and Rosé!

Players can also strut their stuff in-game with Blackpink PUBG emotes featuring the girls’ most popular dance moves from “DDU-DU DDU-DDU”, “Lovesick Girls”, and “How You Like That”.

PUBG has not yet released the price of these skins, costumes, bundles, and items.

Prior to this new PUBG collaboration, Jisoo, Jennie, Lisa, and Rosé all already appeared in a PUBG Mobile fun match last year.

The event revealed their official Blackpink PUBG IDs on the mobile version of the game: