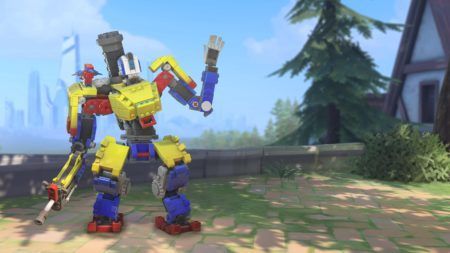 This mini-event is a collaboration with Lego, with each of the rewards themed around Lego versions of your favorite Overwatch heroes.

Players can also obtain additional items by watching their favorite Overwatch Twitch personalities stream from September 17-30. A total of six Twitch drop rewards can be obtained when you watch a total of six hours of participating streams. The full list of the streamers and their schedules for this event can be viewed here.

For the duration of the event, Blizzard is also offering 50% off the Lego Omnic Bastion set, and 20% off a selection of other Lego products available in the Blizzard Gear Store.

The Overwatch Bastion Brick Challenge is available now until September 30.