Once the deal goes through, the Outlaws will be under the ownership of a Houston-based real estate investor. 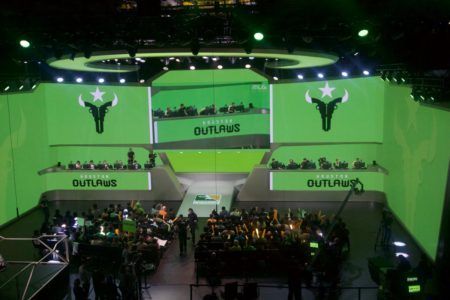 The Overwatch League’s Houston Outlaws is reportedly being purchased by Houston-based real estate investor Lee Zieben for a whopping US$40 million.

Zieben has reportedly agreed to terms with the Outlaws’ owner, Immortals Gaming Club, and the deal will be closed sometime in late August, as approval by the Overwatch League itself is still pending.

Should the deal follow through, Zieben will reportedly be paying US$30 million in cash and securities for the Houston Outlaws franchise slot, with the remaining US$10 million to be assumed as debt payments to the Overwatch League.

The Houston Outlaws were previously owned by OpTic Gaming, which was later required to relinquish its hold on the franchise after its parent company, Infinite Esports & Entertainment, was acquired by Immortals for US$35 million back in June.

Immortals already own the Los Angeles Valiant, and since the Overwatch League forbids an owner from having equity over two different teams, the Outlaws needed to be sold to a third party.

The Houston Outlaws were one of the original 12 teams of the Overwatch League. The team was first launched in October 2017 when Infinite purchased a slot in the league for US$20 million.

The Outlaws finished in 5th-8th place in the Overwatch League’s Stage 3 Playoffs, falling to Stage 2 runners-up and Stage 1 champions the Vancouver Titans.