“All I want to do is hunt them down.” 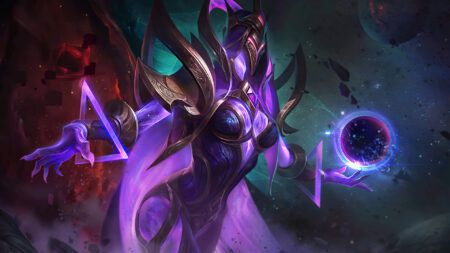 After Paquito, Mathilda, and Benedetta, Mobile Legends: Bang Bang is back with another mage, Yve, the Astrowarden. Clad in cosmic purple, she is a spell caster with one of the most unique ultimates in the game.

Using her first two skills, you’ll be able to poke down enemy heroes from a safe distance. Her ultimate, Real World Manipulation, is a minigame in itself that’s really fun. When to use this, and how much you can get out of it, will determine how effect you are at Yve.

Yve creates a starfield in a designated direction that lasts for 15 seconds. During this period, she can cast the Ultimate 15 times. Enemies that come in contact with the starfield will be slowed by 90% for 1.5 seconds. (This only takes effect once on the same target.)

A comprehensive guide on how to play Yve

The recommended default Battle Spell for Yve is Flameshot, which helps you finish off enemies early game. As she does not have any natural ability to escape, Flicker is also a good option. Choose between the two based on your own playstyle.

Naturally, Mage Emblem works best with Yve. As she excels at poking and kiting, you can take Agility to increase your movement speed, Observation to increase Magic Penetration, and Magic Worship for the burn. Out of the three, Agility should always be taken on Yve, while subsequent talents depends on your preference.

Even though Yve’s base movement speed of 255 is slightly above average compared to Aurora’s 245 and Luo Yi’s 250, getting boots early allows you to kite more smoothly, so prioritize that. The recommended default equipment build in-game is a sustained damage build.

If you prefer burst, swap out Enchanted Talisman and Arcane Boots for Demon Shoes to ensure you have enough mana, and Ice Queen Wand for the slow. This item is essential for Yve, since you’ll need to continuously reposition her in order to poke out enemies whilst taking the least amount of damage for favorable trades.

Instead of Concentrated Energy, replace it with Lightning Truncheon, which gives more flat Magic Power, and deals extra magic damage.

To maximize her damage, always chain your first and second skill combo with basic attacks in between cooldowns. A solid basic combo to master is Void Blast into Void Crystal, basic attack, Void Blast, then basic attack.

Since Yve’s ultimate count increases with her passive, it’ll be good to combo your first and second skill to get ten stacks before finishing off with your ultimate. Having ally tanks with hard crowd control that help to keep opponents within your grid whilst blocking incoming enemy crowd control for you is highly beneficial.