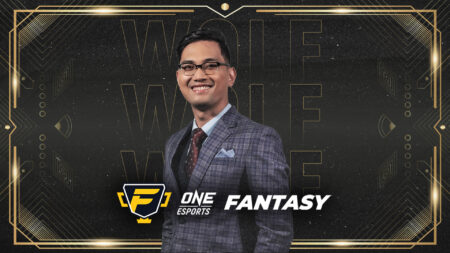 As with any big tournament, it has its own specific meta, with some standout heroes that have become the face of the tournament. In the recently concluded MPL Invitational, it was the rise of Clint, the comeback of Yi Sun Shin, and the ever-so-expected dominance of Mathilda.

At M3, after four days of group stage games, five days of playoffs, and a lot of theorycrafting, I’ve settled on this tier list for heroes in each role in competitive Mobile Legends.

Generally, I’d rate heroes SS-Tier as the strongest hero in each role, and these tend to be the heroes with the highest Pick and Ban rate. S-tier heroes are still very strong and can easily be considered “OP”, but sometimes overlooked because they’re not one-size-fits-all kind of heroes (still very strong, though).

A-tier heroes are also still very strong, but should be drafted in a way that they either counter S- or SS-tier heroes, or because they really look good in the composition of a team. B-tier heroes are now tilted towards the situational route, be it because they are specifically for countering heroes, or catalysts for big-brain strategies. Usually drafted when they don’t have hard counters.

C-tier heroes are heroes that have been used in a competitive game before and might be a hero that M3 teams can pull out in very specific situations. D-tier heroes are even more situational, have been used before, but really pale in comparison to the strong heroes above them in the meta. E-tier heroes technically have what it takes to be in the metagame, but have too many win conditions, so it’s almost always better to just use other heroes.

The beauty of this is that heroes can be put in multiple roles, but they have a different tier depending on which role that is. Some heroes are great in the Roam Role but still be playable in the Mid Lane Role but will be very situational.

Beatrix, because of some bugs, was not part of the meta for the majority of MPL Season 8, but at M3, Blacklist International’s gold laner OHEB has been phenomenal with this hero, and the rest just caught on. Beatrix users developed the usage of the Renner (the sniper) as a way to win lanes, and since then has been unbeatable in the laning stage (Clint vs Beatrix is 50-50 now).

Natan is still pretty strong, but with the rise of Beatrix, Clint, Brody, Kimmy, and Popol and Kupa, he has seen lane match-ups that are unfavorable. Still incredibly strong as the game goes on, and is really still a complete hero with ridiculous mobility, incredible hero damage, and very strong objective-taking potential.

A-tier heroes like Alice and Aldous still have a lot of win conditions to meet, but are strong in certain lineups. Mages like Pharsa, Lunox, and Lylia also have great laning capability, but might fail when it comes to scaling compared to other heroes in the Gold Lane. Both Brody and Popol and Kupa are matchup-based heroes—which means that they need to be drafted to win the lanes, then push constantly.

Heroes in the B-tier are still strong, yet you would prefer to have the higher tiers. Then again, if they can win their match-ups or maybe if they counter heroes, it could be good. The rest of the heroes in this Tier List is highly situational.

Hayabusa and Ling have been an automatic staple and are easily north of 90% when it comes to pick and ban in the M3 World Championship. They are also a must-have in the hero pool of a team as it is just extremely rewarding to have a good game with both heroes. With lots of outplay potential, these heroes just make games almost always winnable in most situations.

Paquito can be put in the SS-tier just because of the “flex argument” (where Paquito can be flexed in many roles and thus a priority pick almost always) and almost as strong as both Ling and Hayabusa. Lancelot and Roger are S-tier because of their strength, but also because they’re valid alternatives when both Ling and Haya are already banned. Yi Sun Shin has his own world in the S-tier because of his fast-farm and objective-taking potential.

Meanwhile, both Aldous and Bane are A-tier because they are really strong, but only with teams that actually know how to use them. When in a good composition and executed well, they look really OP. The same goes with B-tier heroes, as they fall into the spot of either being used to counter opponents’ heroes, or as a tech pick to make a composition complete. Barats, for example, has been used against assassin-heavy comps, Balmond against slow-yet-tanky comps, Karina against Aldous-based comps, etc.

The same can be said for C-tier heroes, but the B-tier heroes will be better alternatives as they have fewer conditions needed to be met. Plus, C-tier heroes have high risks and lower rewards. D-tier heroes are more on the side of “cheese picks”, and it’s virtually impossible to have almost no other option in the Jungler role.

Paquito is still the king of the EXP Lane for now, as most teams look into drafting this hero as a flexible pick, but still incredibly reliable in the EXP Lane. His kill potential is high, wave clear is decent, pick-off is remarkable, and teamfight contributions are just way too good. Closely following are Phoveus and Esmeralda, as they are the standard picks right now in the EXP lane role.

A-tier heroes are still very strong, but will only be picked up if they have deeper importance in the team’s composition. They are in A mostly because they are mainly used as counters to other EXP Lanes, either because of winning laning matchups or because they counter other roles. For example, Uranus is used if a meat shield or a split-pushing machine is needed in a greedy composition. Yu Zhong is mainly picked up when there are squishy backliners like Marksman or Pharsa/Yve stereotypes.

Both Gloo and Lapu-lapu are situational EXP Laners, and have their unique strengths. One thing they have in common, however, is they are both legitimate threats against Marksman-based compositions, which is basically, the meta game right now.

C-tier heroes are extremely situational, as they can only fit compositions that need their special purposes. E-tier heroes were used before, and are, theoretically speaking, viable in the EXP Lane, but are just way too weak to be played in a competitive game.

Mid Lane as a role is the most creative role as it literally can host any hero class. As long as there is some semblance of wave clear, kill potential, and some sort of scaling tool, that hero can be considered viable already. However, there are just so many heroes that can do the job well.

Selena is easily SS-tier because of her vision and kill potential. Ironically, her wave clear is really low — but because of her game-changing (and low cooldown) stun and immense amount of burst, teams make sure that they have at least one Selena user. We’ve seen countless big turnarounds and snowball games throughout M3 off the back of one good Selena play.

Yve and Pharsa are arguably both in the SS-tier, but with Yve’s recent buffs and the way teams have been playing around teamfights, she’s risen to the highest tier in the midlane role. Also, when you ask most teams in the M3 World Championship, they generally prefer Yve over Pharsa.

The biggest argument that Pharsa fans can say, however, is that Pharsa can be flexed in the Gold Lane and the Mid Lane role. That is massive, as Pharsa’s long-ranged artillery is really strong in the meta because, first of all, it’s very strong and almost fail-safe, and secondly, because the metagame is full of squishy marksmen that can be destroyed by a Pharsa with just two-three items.

Chou in the mid lane was popularized by Hadji in the Philippines back in MPL PH Season 8, and is already patented by Hatred of ONIC PH in the M3 World Championship. Chou’s wave clear is not too shabby at all, and his kill potential with Heptaseas and High and Dry (Emblem) as early as 5 minutes of game time is unmatched.

Other heroes in the mid lane are pretty self-explanatory as virtually any hero can be played in the mid lane if the composition allows for it, and their selection will always go down to the question, “which hero will most likely bring us closer to our win condition?”.

That’s why Lunox and Lylia can be seen as A-Tier, as they have great early game and an even crazier late game with the added bonus of self-sustain.

Heroes in the C,D and E tiers are present in this tier list because they have been used before, and they are usually the heroes that teams and coaches deemed as a “pocket strategy” or a “flex pick”.

Mathilda has been a staple Roam hero since her introduction to the game, as she has literally everything that you need from the supporting role. Decent waveclear, top-of-the-line vision, crazy mobility, and a game-changing-level ultimate. She can literally make her teammates mobile just through one skill.

Rafaela rose to prominence in the MPL Season 8 playoffs and MPLI, being a go-to combo with marksman-based compositions. Rafaela also can also proxy as a Mathilda when it comes to overall utility and ability set, while also being deemed as the Mathilda-soft-counter. Baloyskie of ONIC PH picked this hero six games straight during the M3 World Championship, winning five of those games.

Chou has always been an automatic choice for the Roam Role, and is still a great pick as of now. However, the three breakout hero picks at M3 have been Lolita, Ruby, and Selena. Lolita has been the face of the playoffs as she is great versus projectile-based heroes and her ultimate can be used in different ways. Ruby has been phenomenal in the Roam Role because of her nature as a combo-breaker and skill disruptor. Selena in the Roam Role has been deadly so far because of her vision and her game-changing stun.

Most of the Tanks that we knew and loved fall under the B-tier as they are still very situational. Estes falls into B-tier despite being the championship hero of a top team like Blacklist International not because he’s weak but because he’s a team-based hero: the skill-cap of the hero does not only rely on its user, but the whole team’s ability and understanding of its skillset.

Heroes under C and D are valid options in the Roam Role, but not as game-changing as the other heroes in higher tiers. They are also situational, but can be deadly when used properly—case in point, Baloyskie of ONIC PH bringing out the Natalia against RRQ Hoshi. He struggled early and looked to be feeding, but ended up winning the game for his team in a 29-minute nail-biter.

READ MORE: 3 reasons why Lolita is suddenly a meta pick at the M3 World Championship