The biggest winners and losers of Mobile Legends patch 1.5.28

Which other heroes will we see in the offlane? 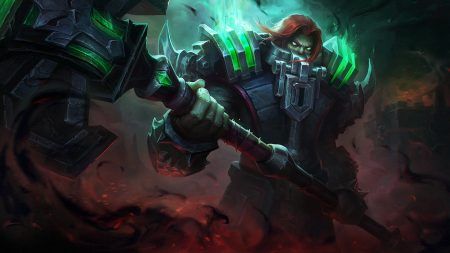 Mobile Legends: Bang Bang has rolled out its latest patch — 1.5.28 — introducing a number of significant changes that you can see in the ongoing ONE Esports MPL Invitational.

Among the most notable differences appear in the jungle because gold from creeps in the first five minutes has drastically decreased for retribution users. Secondly, due to changes to roaming items, it is now impossible for roam users to suddenly earn a lot of gold.

A handful of heroes were also hit, as you’ll see below. Here are the biggest winners and losers of patch 1.5.28:

Before getting this buff, Claude started to appear more frequently again when the jungle meta shifted. Claude is one of the few marksmen who can become a jungler, even though he is mostly deployed in the gold lane.

There was a slight decrease in damage to minions from 400 percent to 300 percent, but it was still enough for Claude to clear the waves quickly.

This control mage has entered the S-tier. While Pharsa and Chang’e will still be a priority, Luo Yi should now also merit equal consideration.

For her first skill, Dispersion, the skill area and animation speed have been increased by ten percent. To balance it off, its base damage was slightly reduced from 230-430 to 210-410. This dropoff is relatively less impactful though, because she’ll be able to use this skill more often.

Her ultimate, Diversion, which is a teleportation move, has now improved its cooldown reduction from 2-10 percent to 6-10 percent.

One of the strongest offlaner heroes who has earned the “most tanky” title is Terizla. His biggest problem? Terizla his movement speed and basic attack are notably slow.

Patch 1.5.28 gives him the big buff he needs. Now, his second skill, Execution Strike, will be able to clear minions quickly as its cooldown has been reduced from 7-5.5 seconds to just 5 seconds.

Not only that, his ultimate Penalty Zone now slows enemies more. The slow was buffed from 30-40 percent to 40-50 percent.

One of the priority jungle heroes in the previous patch was hit by a fairly large nerf. These changes have caused Helcut to be a less desirable pick in the competitive scene.

His first skill, Shadow Transition, will no longer have a silence effect on the target, now only slowing instead. Deadly Stinger, his second skill, is a spell that makes him strong in the early game, and its damage has been reduced. The base damage was nerfed from 210-360 to 180-330, and its bonus physical attack from 100 percent to 80 percent. However, its damage dealt to minions and creeps was increased from 55 percent to 70 percent.

In almost every recent patch, the name “Khufra” appears. But no matter how big a nerf, Khufra has been an S-tier tank for a while now because of his unique toolkit.

In this patch, a significant nerf for Khufra was implemented. His first skill, Tyrant’s Revenge, has been shortened by 14 percent of his max movement distance. His second skill, Bouncing Ball, will no longer be able to block the enemy’s Flicker.

Just like Khufra, Uranus has been so strong in the offlane recently. In this patch, we see yet another nerf to this hero.

His first skill, Ionic Edge, was nerfed in the damage department. Consecration, Uranus’ ultimate, was also reduced in terms of shield strength and HP regen, dropping from 30-50 percent to 20-30 percent.