Excellent display of skill in the Land of Dawn. 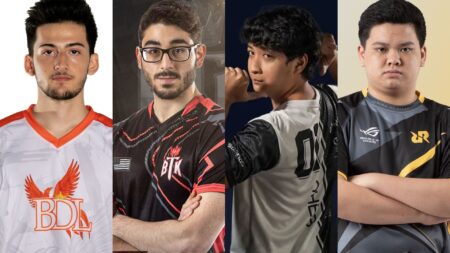 The Mobile Legends: Bang Bang M3 World Championship concluded on December 19, and we still can’t get enough of it.

From Blacklist International cementing its legacy, to non-MPL teams like BTK proving their strength on the world stage, the M3 World Championship gave us a memorable MLBB experience worth cherishing.

Here are five of the best plays from the M3 World Championship group stage and playoffs.

BTK had one of the best starts at the M3 World Championship playoff after they knocked crowd favorite Blacklist International down to the lower bracket.

It was a close game, but this one team fight completely turned things around for the North American squad.

BTK mounted the counterattack and successfully killed four members of the Philippine squad. With only one player remaining, BTK went on to push into the base to advance to the next round of the upper bracket playoffs.

Blacklist International’s Danerie James “Wise” del Rosario also had one of the best plays at at the M3 World Championship. In the lower bracket playoff against Keyd Stars, he was able to prove his strength as one of the best marksman junglers in the Land of Dawn.

Keyd Stars manned the final defense against Blacklist International’s aggressive push. It was all going well, until Wise’s Yi Sun-Shin dived into Keyd Stars’ defenses and got an easy Maniac.

They eventually secured the 3-0 sweep in the lower bracket, eliminating the last representatives of MPL Brazil in the tournament.

3. Bedel’s FARWAY with the fast hands on Ling

FARWAY was dubbed as one of the best non-MPL junglers, and this play proved it.

He was able to show his prowess after successfully securing the turtle and killing four members of the MPL Brazil’ Keyd Stars. Despite the memorable play, they weren’t able to secure the win and were eventually eliminated.

Nevertheless, there’s nowhere to go but up for FARWAY and the rest of Bedel, for they showed that they can go toe to toe with well-established MPL regions.

Beatrix was one of the most dominating heroes at the M3 World Championship, all thanks to grand final MVP Kiel “OHEB” Soriano’s performance with the hero.

One of the best plays was OHEB’s Maniac against Turkey’s Bedel on the first day of the tournament. Using only Nibiru, he was able to get four members of Bedel in an intense team fight.

They were able to get the win, all thanks to the Filipino sniper’s insane gun skills.

RRQ Hoshi’s superstar started off their M3 World Championship run with a bang. In the group stage, Albert “Alberttt” Neilsen Iskandar managed to secure two Maniacs, and eventually this savage to become the only undefeated team in Group D.

In this play, Alberttt went all-in with Roger and mauled five members of RSG SG to secure the first savage in the tournament. It was an excellent display of how to play the hero, as the whole RSG SG squad simply could not react to Alberttt’s onslaught, putting it on top of the best plays at the M3 World Championship.