Which heroes made the most impact? 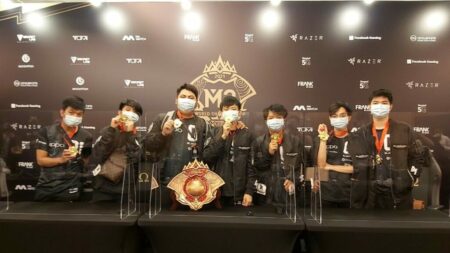 During the broadcast interview with Mara Aquino right after the M3 World Championship grand final, OHEB stated that he wanted to honor the hero that got them to where they are right now.

“Which (exclusive) skin do I want? Estes, because this hero has brought luck to Blacklist International since MPL PH Season 7,” said OHEB

If Estes pushes through and becomes the M3 skin, it will be the first time that a support hero has been considered for a championship skin.

In the press conference after the match, ONE Esports asked again other Blacklist International players about what skin they wanted.

OhMyV33nus had a very unique idea of his own.

“I want a cross-gender skin. Something that doesn’t exist in Mobile Legends yet. For example Mathilda, but with male skin,” said OhMyV33nus.

OHEB doubled down on the idea, but still insisted on the signature “UBE strategy” hero.

“Estes with female skin would be great too,” he added.