Yi Sun-Shin has been reworked as a burst assassin

The admiral leads the line of planned hero reworks. With Mobile Legends: Bang Bang revamping some of the game’s older characters to bring them to relevance in the ever-growing hero pool, Yi Sun-Shin returns as one of the first reworks to the Land of Dawn.

In the latest hero spotlight, The Paenlong Legend returns with some better moves and quicker attacks, bringing him to the forefront of the MLBB roster.

Yi Sun-shin’s unique passive lets him choose between his longbow or glaive to attack, based on his distance from an enemy target.

With the rework, his weapon-swap now guarantees critical damage, giving players a boost of damage to turn fights around. 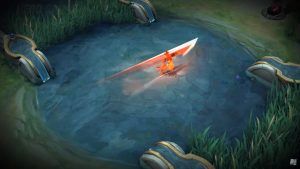 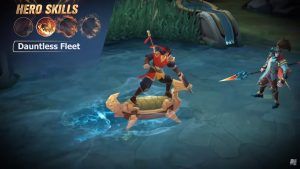 Yi Sun-shin’s Traceless skill makes him dash and strike in a single direction. The rework has a significantly quicker attack animation, making it a more reliable initiation or escape tool.

On top of that, the dash now gives him crowd-control immunity and damage reduction, increasing his chances of survival when escaping.

If you happen to pick up one of the turtle ships at base, you can transform Traceless into Dauntless Fleet, a skill-shot that damages and immobilizes enemies. As he rides the ship, Yi Sun-shin gains increased movement speed. 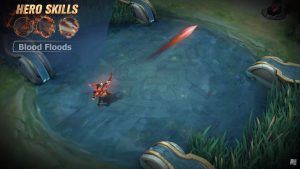 Instead of just being a charged skill shot, the Paenlong Legend’s second skill now has two forms of attack.

On cast, Yi Sun-Shin slashes with his glaive, dealing damage to enemies in front of him. This skill is a great alternative when you want to deal with opponents within melee range.

The charged cast is the same to his original Blood Food, where Yi Sun-Shin shoots a powerful arrow in a straight line.

Timing and aim are critical here because it has a higher chance of dealing more damage when charged. The trade off? His movement speed decreases as he pulls his bow.

A global skill, Mount Shocker sends out waves of cannon attacks, damaging all enemies and revealing their locations to your team. The rework gave his ultimate a visual upgrade, and hits harder.

It also provides a damage buff to Yi Sun-Shin’s passive, giving him an offensive edge in the late game.