After dominating the gold lane for a year, Beatrix gets nerfed to the ground in patch 1.7.20 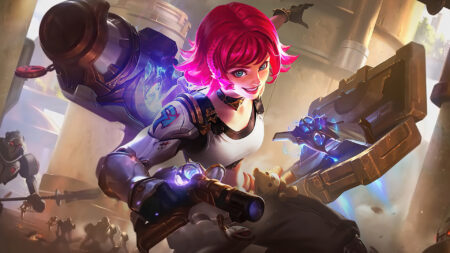 Mobile Legends: Bang Bang patch 1.7.20 has been officially released on the original server, just in time for the MPL playoffs in the Philippines, Indonesia, and Malaysia.

Aside from the Lesley and Gusion rework, Moonton has also tweaked more than 20 heroes in this patch. The hero with th most changes is marksman Beatrix. The Dawnbreak Soldier has been dominating ranked and the competitive scene ever since she was released last year.

According to MLBB stats, she is currently the most picked marksman for Mythic III and above players. In MPL PH, she has a 57% pick rate, which puts her second above Esmeralda. Out of the 57 times she was picked, 30 of those resulted in victory.

The developers explained that despite the adjustments she received in previous patches, the Dawnbreaker is still a dominant force in the gold lane.

“We want to make her difficult-to-maneuver skills easier to aim and increase the power of her less popular weapons,” they wrote.

Is Beatrix still worth playing in this patch?

If you have been playing ranked and watching MPL this season, you may have noticed that most Beatrix players are only using Wesker and Renner. This is because Wesker can burst down almost any hero in close range with her basic attack, Wesker’s Elation, and basic attack combo.

As for Renner, it also has the ability to one-shot enemies from a long distance. Switching between long-range and short-range burst damage takes less than 10 seconds, making it difficult for the opposing side to fight back.

Moonton has lowered Wesker’s hitbox and follow-up damage per hit. Her ultimate, Wesker’s Elation, now takes less time to aim, and had its lifesteal decreased as well.

Renner has also been nerfed to the ground, and now has lower base damage. Renner’s Apathy will also have less lifesteal and aim time.

However, her less popular guns, Nibiru and Bennett, have been improved. Nibiru, her machine gun, now has increased base damage. Nibiru’s Passion’s hits were increased to 10, but now has less damage per hit. Bennett’s base damage in the early game has been improved as well, along with the slow effect of Bennett’s Rage.

That said, going for an attack speed build with Nibiru as your main weapon and Bennett as your defensive option is the way to go if you want to deal the most damage and have drastically lower reload speed. Wesker and Renner are still great options in the early parts of the game or if your team is far ahead in the game.

With her versatility, there’s still a big chance that the hero will still be a viable pick in pro play, especially in MPL PH where two of the most popular gold laners, Blacklist International’s Kiel “OHEB” Soriano and Smart Omega’s Duane “Kelra” Pillas, are known for their skill in playing Beatrix.