The Turkish top-laner is setting his sights on the EU region. 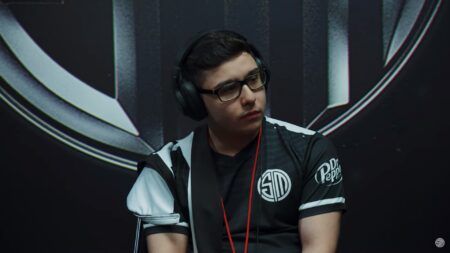 TSM has released Sergen “Broken Blade” Celik from its main LCS roster. The Turkish player has handled the team’s top lane since his 2019 LCS debut.

TSM had a redemptive season in 2020. Despite only coming fifth in the regular Spring season and fifth during its playoffs, the team came back in Summer with the promotion of Academy of Mingyi “Spica” Lu and the return of legendary ADC Yiliang “Doublelift” Peng and Parth Naidu as coach.

The newly reformed squad would go on to place fourth in the Summer regular season and win their seventh-ever LCS championship, booking their ticket to the 2020 League of Legends World Championship.

While the entire squad was riding on the winning momentum, they faced a sudden drop in synergy during their 2-week quarantine in Shanghai, China. The team fell into in-game issues such as miscommunication and technical difficulties and players started to go against the grain in terms of playstyle.

With no real gameplan heading into Worlds 2020, the team performed abysmally, setting a now-infamous record (0 wins and 6 losses) for any pool-one team in Worlds history. As an LCS team, it continued to cement the growing narrative that the LCS cannot produce Worlds-ready teams.

Despite the bittersweet end to 2020, TSM already has bigger plans coming into 2021. The team has already shifted retired player Soren “Bjergsen” Bjerg to the head coach role and is looking to forge a stronger and more Worlds-ready squad that unfortunately doesn’t have BB in it.

“It’s always going to be a part of me and who I am,” stated BB about the organization. “I will remember each and everyone that I’ve played with and met and that’s why it feels kind of weird to leave.”

With his venture into the free agency, Broken Blade will likely take his talents to the EU region for 2021.