The Turkish mid-laner will announce his future plans soon. 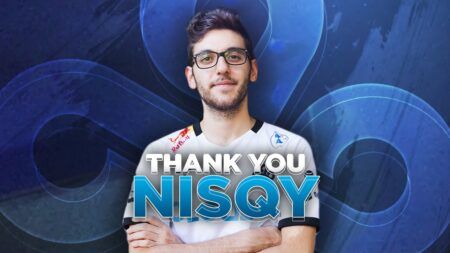 Nisqy has been with C9 for two years and played a crucial part in the team’s 2020 LCS Spring championship.

While the team finally came back on top as Spring champions, Cloud9 faced some hardships throughout the Summer Split. With Bok “Reapered” Han-gyu experimenting with team compositions, the team failed to keep their league leader status and missed the 2020 League of Legends World Championship.

Joining the team in 2018 after a solid run with Splyce, Nisqy replaced Nicolaj “Jensen” Jensen and became a cornerstone member of the team.

“From my first call with Nisqy, I knew he was someone special.  His positive attitude is contagious and he was the rock of our team for 2 years,” said Cloud9 CEO Jack Etienne. “I’m excited for his soon to be announced future but I’m going to miss him. I hope to meet up at many international events in the near future.”

Nisqy is only one of the recent departures coming from C9’s soft offseason rebuild. The team recently let go of top-laner Eric “Licorice” Ritchie and Reapered and replaced them with Academy player Ibrahim “Fudge” Allami and head coach Kim “Reignover” Yeu-jin respectively.

While this may be goodbye for Nisqy and his NA home of two years, the Turkish mid-laner can now find a spot on another LCS team or return to his previous region of LEC.