The legend steps down from the mid-laner position. 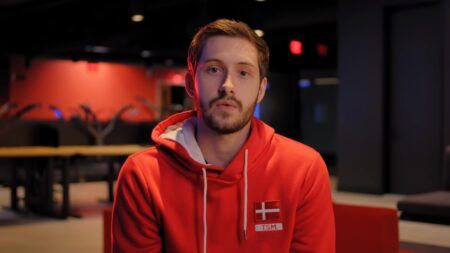 TSM mid-laner and captain, Søren “Bjergsen” Bjerg, has announced his retirement as a professional League of Legends player.

However, he will not be leaving TSM as, following a playing career that spanned eight years (six of them with TSM), Bjergsen will now move forward as the team’s new head coach.

While TSM won its seventh LCS title in the LCS Summer Split, the team had a disappointing showing at the 2020 LoL World Championship (Worlds), with a group stage elimination and a 0-6 record.

Though it may seem that Bjergsen’s retirement is a sudden reaction to the poor performance, he confirmed that the coaching role has been on his mind ever since the mid-season break.

“When you’re a leader and a veteran on the team, you end up doing a lot of coaching while you’re playing and I always enjoyed that aspect,” stated Bjergsen. “But it was always a side-project because, as a pro player, you have to focus on yourself first and foremost.”

Though the end of Bjergsen’s professional play is breaking the hearts of many TSM fans, he believes that his new coaching role is just another promising opportunity for him to compete with TSM.

“I don’t really feel like I’m retiring,” answered Bjergsen. “I’m still going to be a competitor in LoL and with TSM, I’m just changing the role. I’m not going to be actively playing on the stage during matches, but I’ll still feel like I’m competing and I’ll be working towards the same goal of winning.”

Bjergsen retires with a plethora of accolades to show for his individual efforts. The Danish legend ends his career as a six-time LCS champion and a four-time season MVP and all-star with five Worlds appearances.

While this year has been bittersweet for TSM, Bjergsen’s new role may help propel the team to a new playing standard for the 2021 season.