‘The level of competition is obviously a lot better,’ says Solo after first day at Worlds

The top-laner shares his first impressions of being at Worlds. 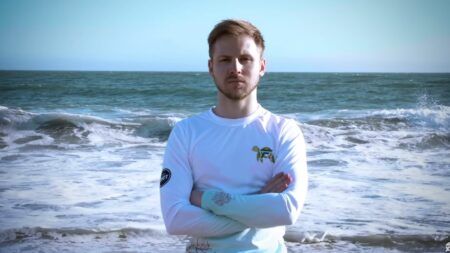 The 2020 League of Legends World Championship has finally entered its group stages with each region’s best teams battling out in the Summoner’s Rift.

We were able to catch up with FlyQuest top-laner Colin “Solo” Earnest right after a rough opening-day loss against TOP Esports.

When talking about the game, Solo saw it as an opportunity to gain substantial knowledge about one of the toughest teams in the LPL region. Rather than just seeing them play as a solid and clean unit, FlyQuest now has that experience of their pressure and playstyle so they can come better prepared during their second match-up with the LPL superteam.

Throughout the 2020 LCS season, FlyQuest has been a force of nature, with two finals appearances against first Cloud9 and then TSM. While the regional experience doesn’t give much foreshadowing to the international pro scene, Solo sees Worlds as a significant step-up to what they’re used to.

“The things we do as a team through the whole year has led up to this,” said Solo. “I don’t think things really change when you get up to Worlds. It’s just that the level of competition is obviously a lot better so you’re not going to be able to get away with making mistakes.”

Solo is currently the oldest player (27) participating in Worlds 2020 with Yiliang “Doublelift” Peng just a few months younger, but even with the age, the top-laner sees that he’s more focused on improvement and putting out his best performance.

“I don’t really think about it that much,” stated Solo. “Given my career path, I kind of had a late start, but ever since then, I’ve always improved and done well with every opportunity that I’m given. At the moment, I always feel like I’m getting better and accomplishing more as the time goes on.”

As a player who has gone back and forth through several teams in the LCS, Solo mentioned that his accomplishments and career goals are very much a step-by-step process.

From making his way to the LCS, Solo’s been able to knock out milestones like LCS playoffs and finals appearances and his first-ever journey to Worlds. With all that, he’s keen on winning an LCS final and picking up some of his own individual accolades for the seasons to come.

As a Pokémon fan, we were also eager to ask Solo what his favorite Pokémon was. Despite saying Pikachu was an obvious fan-favorite, the top-laner mentioned another fiery Pokémon in the same generation as the electric starter.

“Pikachu for sure, but that’s kind of a generic answer,” said Solo. “I’ve always been a big Arcanine fan just because I like dogs a lot and riding an Arcanine has been a childhood dream of mine.”

For their second match of the Worlds 2020 group stage, FlyQuest will be facing Unicorns of Love today at 8 p.m. (GMT+8).