The eco-friendly team is ready to go on a Worlds quest. 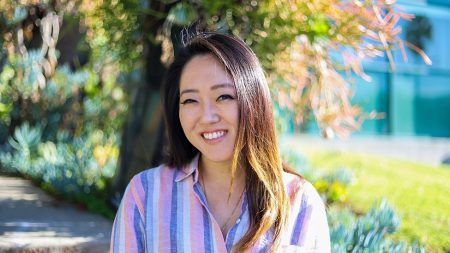 While FlyQuest had the moniker of “Team Snickers” for quite some time, Sugita talked about how their team’s branding success in 2020 comes from a solid vision and mission that resonates beyond the game. In the recent splits, FlyQuest has promoted the Go-Green Initiative with eco-friendly projects such as spring’s tree-planting TreeQuest and summer’s coral-saving SeaQuest.

“We’re a small team of eight and we’ve worked really hard here,” said Sugita. “We’ve done everything to make sure we have a north star and we’ve stayed true and we’re really grateful to see that people have stood behind that.”

With FlyQuest now qualifying Worlds 2020, Sugita expounded on their goals to be recognized as a world-class team. Being already one of the more stand-out teams in the LCS in talent and in branding, Sugita aims to bring the same energy and identity when facing up against other regions.

“We want to make sure that we’re using this opportunity to go to Worlds, as it’s such a privilege, to be able to expand and to show people that we want to use our platform to do good,” state Sugita. “We’re not just known as so-and-so team; we have a very well-positioned brand and again, it all ties back to doing good in the world.”

Phan also chimed in on the current presence of FlyQuest’s brand in the LCS, saying that they’re one of more stand-out organizations due to their clear and inclusive initiatives. Though most teams have done their fair share of helping out, Phan stated that the real challenge for a team’s brand is their impact in a world bigger than esports.

As for the team’s current competitive mindset, DLim and Curry shared their thoughts on why FLY is able to go beyond what’s expected of them in Worlds. Despite having a fairly-seasoned squad that above the average player age, DLim expounded on how driven their team is to compete in the LCS final and in Worlds.

“I think the older you get naturally, your motivation and passion for the game tend to decrease just with everything life throws at you,” stated Lim “But for us at FlyQuest, I think our players are extremely motivated. They’re really hungry for their first title, and they’re really excited to perform at Worlds.”

With four players of the current line-up already experiencing Worlds (PowerOfEvil and IgNar with Misfits Gaming in 2017 and WildTurtle and Santorin with TSM in 2015), Curry said that there’s still a strong drive in their members to reach that goal again.

“We put together the team with the goal of going to Worlds,” stated Curry. “Once you’ve been there once and you haven’t been there in a while, the drive gets stronger and stronger because it’s such a special experience, and it’s something that we’ve been really focusing on just the entire time.”

FlyQuest will face the winner of the Lower Bracket Final between TSM and Team Liquid for the 2020 LCS Summer title on September 7.

READ MORE: FlyQuest will be dedicating its Summer Split to saving the coral reef