The Danish mid-laner has a big pricetag. 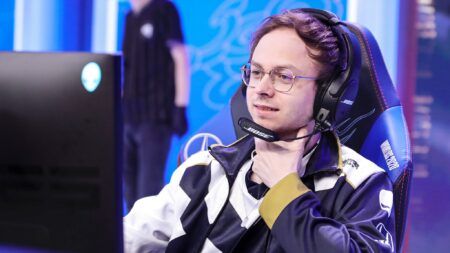 With his player contract expiring this year, Nicolaj “Jensen” Jensen has reportedly agreed to stay under the Team Liquid banner with a bigger budget.

The star mid-laner will be staying three more years for US$4.2M, according to League of Legends reporter Travis Gafford.

The reported agreement will be the most expensive player contract/extension in the history of LCS. Some other big-budget signings include fellow TL teammate Jung “Impact” Eon-yeong’s three-year, US$3.4M contract in 2017, and Cloud9’s US$1.5M buy-out of Philippe “Vulcan” Laflamme in 2019.

While the budget may be a bit overwhelming for some, Jensen is a prime mid-laner in a Bjergsen-less LCS. As the top rival to the fellow Danish mid-laner, Jensen has essentially become the top mid-laner in the region by default. With expiring contracts on both Impact and Mads “Broxah” Brock-Pedersen in November, this extension may be the best player investment for Team Liquid heading into the 2021 season.

With Edward “Tactical” Ra stepping into the ADC role and Joshua “Jatt” Leesman entering as head coach in the summer, the team revitalized its playstyle and easily returned to its status as a top LCS team. The team managed to redeem themselves from their abysmal Spring performance with a third-place finish in LCS Summer and 3-3 Worlds appearance.

While the contracts are still up to change until there’s an official agreement, Team Liquid will be looking to either keep Impact and Broxah in the team or bring in a new talented top-jungle duo to blend with Jensen’s playmaking.