T1 is partnering with Nike for performance-enhancing training programmes

The sportswear giant will also be providing the team with footwear and uniforms. 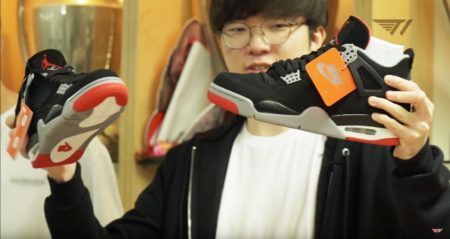 Legendary South Korean esports organization, T1, has announced a partnership with Nike, which will see the sportswear giant outfit all T1 teams and players with Nike footwear and uniforms.

The deal also includes “specialized athletic training facilities and coaching programs designed to enhance esports performance,” according to a press release from T1.

The training programs will be implemented at facilities within the T1 Headquarters in Seoul, which are planned to open early this year.

“We are thrilled to bring innovation to the next level through Nike’s premier training programs and performance wear that will help maximize our players’ potential and strengthen the longevity of their careers,” said Joe March, CEO of T1.

Nike has been courting T1 for a while now, and sent its LoL team sneakers before Worlds last year.