Learn more about LPL’s trilingual host Wendy in Vol. 2 of this two-part series

She wields the power of words and shoes. 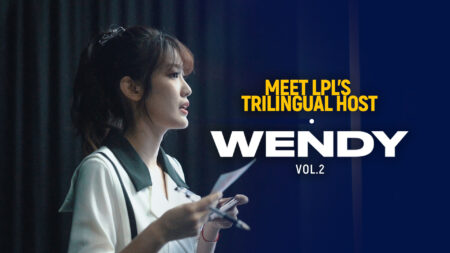 This year, China’s League of Legends Pro League English broadcast expanded their live show to include post-game interviews after every match.

Trilingual host and interviewer Wendy Xia An led these segments, and has become a familiar face on stream. Through her translations, she’s bridged the gap between Chinese and Korean players, and international fans.

In Volume 2 of this two-part interview series with ONE Esports, she shares about what goes on behind-the-scenes, the importance of shoes, and the challenges she faced learning Korean and English.

Watch Vol. 2 of our interview with Wendy, LPL English’s host

Fans can watch the league’s livestreams on LPL’s official YouTube and Twitch channel.