Is SHINee’s Key secretly a member of T1’s fan club?

He wouldn’t be the only K-pop star to support T1. 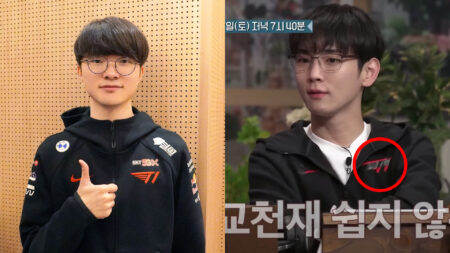 A lot of K-pop stars are fans of legendary Korean esports team and three-time League of Legends World Champions (Worlds) T1, and SHINee’s lead rapper might just be the latest one to join the club.