Will he and DWG win another World Championship? 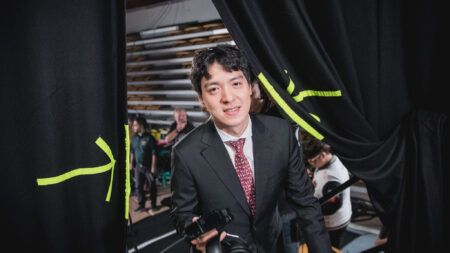 He was previously head coach of Vici Gaming for the 2020 LPL season, where the team finished ninth in Spring, and eleventh in Summer out of 17 teams.

kkOma replaces head coach Lee “Zefa” Jae-min, who has returned to T1 as a main coach. Zefa led DAMWON Gaming to win the 2020 World Championship, defeating LPL’s Suning 3-1 in the final on 31 October at the Pudong Football Stadium in Shanghai, China.

kkOma announced in September that he would be stepping down as head coach of Vici Gaming, for he needed to return to South Korea for personal family reasons. It was later revealed that his wife was pregnant, and had given birth to their first child.

READ MORE: A closer look at how DAMWON Gaming won the Worlds 2020 championship