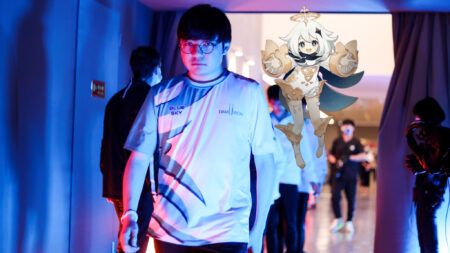 DAMWON Gaming are champions of the 2020 League of Legends World Championship, taking a triumphant 3-1 victory against China’s very own Suning on their home turf. Along with the prestigious Summoner’s Cup, the team earned 25% of the multi-million dollar prize pool.

While some may spend their hard-earned cash on new clothes and new technology, DAMWON’s Cho “BeryL” Geon-hee spent his earnings in the most gamer way possible: in-game currency.

According to a trending League of Legends post on Weibo, BeryL spent about KRW7.7M (US$6,860) on the in-game store of Genshin Impact on the night of his championship.

For those who are wondering, Genshin Impact is a free-to-play online RPG, featuring a lootbox/gacha mechanic in which players can spend real money to chance upon new characters and weapons.

While the splurge might seem absurd to many fans, the DAMWON support definitely deserves to spend some of his cash on something other than League of Legends skins and emotes. Let’s hope that BeryL received some 5-star weapons and characters for his party.