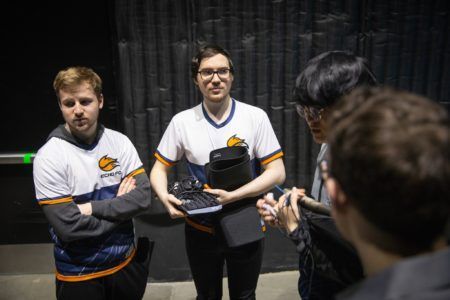 Esports organization Echo Fox has just ended the contracts of its team members in the League of Legends Championship Series (LCS).

This was done in preparation for Echo Fox’s withdrawal from its short-lived partnership with the North American LCS.

With different contracts for each of its players, the organization promised to “handle every case with the care necessary,” according to a statement obtained by the Hollywood Reporter. This includes the signed agreements of top laner Colin “Solo” Earnest, jungler Michael “MikeYeung” Yeung, Kim “Fenix” Jae-hun, bot laner Apollo “Apollo” Price, and support Nickolas “Hakuho” Surgent.

“We will also be working to support [players] as they enter the next phase of their careers, whether that be with another esports organization or whatever path they may choose,” added Echo Fox.

Earlier this May, LCS commissioner Chris “” Greeley issued a warning to Echo Fox following an issue about racist remarks made by one of the organization’s leadership members.

As a result, Echo Fox’s slot was put up for sale. The LCS is currently in search of a new ownership group for next year’s regular season of the championship series.