Shurima will be a definite game-changer. 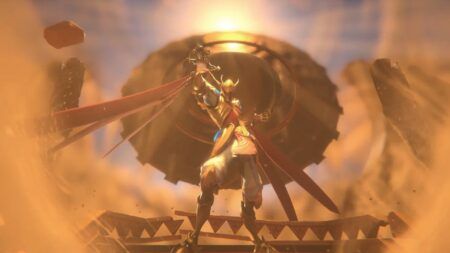 Riot Games’ LoL-based collectible card game is receiving a massive update with Empires of the Ascended. The new expansion will be adding 110 new collectible cards and a new region in the form of Shurima.

With a plethora of cards to analyze and new decks to build, here’s a quick guide on what’s coming in Empires of the Ascended. 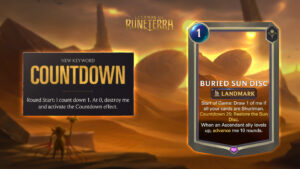 In order to understand some of the cards debuting from Empires of the Ascended, here are definitions of new keywords that you might run into as you play. 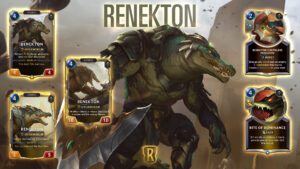 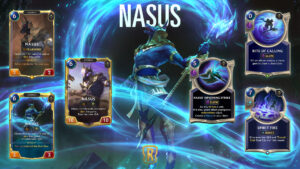 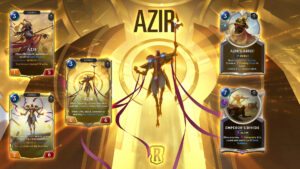 Shurima’s entry into the world of LoR sparks a whole new way you can go about with your deck. The region prides itself in playing out the game and establishing a deadly all-out attack in the later rounds with the Sun Disc.

As for the Shuriman champions, keep an eye on Azir, Nasus, and Renekton. This ascending triple threat will be the first in LoR to have three levels (or two level-ups) as champion cards.

In order to ascend them to the third and final level, you must restore the Buried Sun Disc by activating its Countdown effect. While it may take 25 rounds to activate, you can advance the count by 10 rounds every time you level Azir, Nasus, or Renekton up.

With the introduction of the Buried Sun Disc as an exclusive regional Landmark, LoR Master player and streamer MoonBoy stated that a mono-Shurima deck (only containing units from Shurima) is a must-try in the new expansion.

“This deck is filled with aggression, control, counterspells, and also the joy of witnessing six animations go off at the same time,” said MoonBoy. 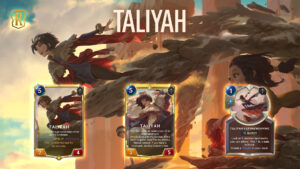 The two other champions that will hail from the region of Shurima are Taliyah and Sivir. Sivir powers on as a strong 4-cost unit that steadily ramps up to assist your entire team with her own keywords. Aside from Spell Shield and Quick Attack, you can easily increase Sivir’s versatility with Inner Sanctum’s Lucky Finds, a card that provides a permanent buff or keyword.

As for Taliyah, the Shurima native’s gameplay relies on the usage of landmarks. From what we’ve seen, her ability to copy landmarks can be used alongside Ancient Hourglass and Stasis Statue, giving you an instant copy of a powerful unit.

According to MoonBoy, the region offers a lot of new ways to tackle the board. Sivir’s Boomerang Blade can eliminate in-meta backline champions like Lee Sin or Aphelios while Azir brings some life back to the Ephemeral keyword with his Sand Soldiers.

The LoR player also mentioned that Nasus could mimic the same playstyle as They Who Endure with Kindred’s Slay mechanic and can ultimately close out a match with an Atrocity spell once he’s gotten a few stacks.

Other regions will also receive some solid additions 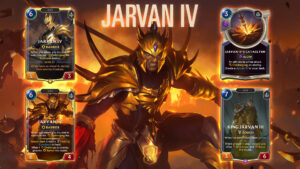 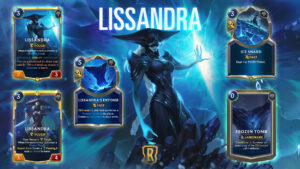 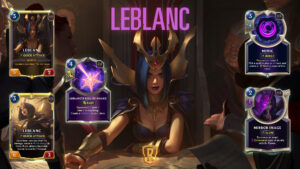 While Shurima looks to be the biggest addition in Empires of the Ascended, Riot Games made sure to bring some new faces in the other regions to keep them fresh and viable in the competitive scene.

In terms of compatibility, LeBlanc acts as a perfect addition to a heavy-hitting Sivir composition. With her usage of Reputation and Quick Attack, you can expect to deal some easy damage once you’ve activated Reputation for Sigil of Malice and Mimic.

As previously mentioned, Kindred looks to be a worthy pairing with Nasus’ Slay-heavy playstyle. Building a mix of Shadow Isles and Shurima, Kindred’s normal attacks can easily stack up Nasus’ first level-up and give you a strong attacking card with a free Spell Shield.

MoonBoy also recommended the duo of Demacia’s Jarvan IV and Shurima’s Renekton, saying that their Challenger keyword could be a shoo-in for very aggressive players.

“Renekton mains are going to love this deck with the pure power coming out of the croc himself,” elaborated MoonBoy. “Stacked together with Demacian Challenger cards like Grand Plaza and Jarvan IV, aggression has never felt so good.”

Legends of Runeterra’s Empires of the Ascended expansion will be available on March 4, 3:00 a.m. GMT+8.