What is the ‘Mathematically Correct Sett’ build and why is it so popular? 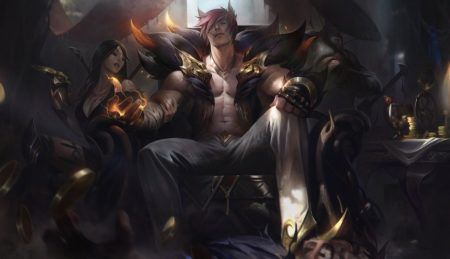 Sett, the Boss, is in the spotlight again, not only because he has a hot new Pool Party skin, but also because there’s a new build called the Mathematically Correct Sett has proven to be way more effective than the rest.

This special theory crafted build has inspired many players to try it out on the Rift, resulting in a flurry of Sett pentakill posts on the League of Legends subreddit.

What is the Mathematically Correct Sett build?

This means no resistances, no attack speed, nothing. You’re only supposed to buy items that add HP, AD, ability haste (AH), movement speed, and health regeneration.

And so, you’re limited to this item build:

How exactly does the Mathematically Correct Sett build work?

The reason why this build only involves two stats is down to one key reason — the nature and function of Sett’s Haymaker (W).

By only buying items that boosts attack damage and HP, Sett can still be a relatively tanky frontline fighter whilst maximizing Grit.

Explanation of the item build’s synergy with Haymaker

The second part of Haymaker involves dealing damage within its cone area. Within the AoE, it deals physical damage to enemies and true damage in the center.

Haymaker’s true damage scales with bonus AD and of a percentage of expended Grit, which circles back to the reason why maxing out his Grit bar as fast as possible will help Sett deal tons of damage in fights.

So with that, all you got to do is take as much damage as possible with the unmitigated build, maximize Grit bar, go golden, centralize and position Haymaker’s cone onto as many enemies as possible, then obliterate their health bars.

Who came up with the Mathematically Correct Sett build?

RossBoomsocks went through the numbers Matthew calculated, and read the explanation notes regarding Sett’s abilities in his YouTube video, which has since garnered more than 250,000 views.

The Mathematically Correct Sett build has gotten so much attention that even Riot’s Principal Champ Designer, Riot August, tweeted a meme about it.

For an in depth explanation on each rune, item, and the Sett build, watch the full RossBoomsocks video below.

What are the disadvantages of the Mathematically Correct Sett build, and are pros building it?

Even though the logic behind this build is sound, pro players in solo queue are still sticking to the conventional Sett build of Stridebreaker to close the gap with enemy champions, followed by Sterak’s Gage, and Mercury’s Treads.

Since this Sett build involves him stacking health, champions that deal true damage and percentage health damage, or worst, both, will be able to chunk Sett down. Fiora and Viego, for example, could out duel a Mathematically Correct Sett.

Of course, any of these hits onto Sett will still build Grit, but it also means his remaining health bar, if any, will be lower. Plus, buying Serpent’s Fang against Sett will further decrease the effectiveness of Haymaker’s shield.