A new day is just over the horizon.

It has been about three years since these magical high school students graced Summoner’s Rift after the third set of Star Guardians–Neeko, Xayah, Rakan, and Zoe–was introduced. The four champions starred in the “Light and Shadow” animated trailer with music accompanied by popular anime composer Hiroyuki Sawano.

This year, the Star Guardians are making a grand comeback featuring new members of the thematic.

This might hint at a pink theme and a bunny familiar for Star Guardian Kai’Sa. 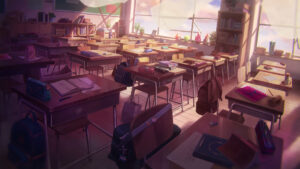 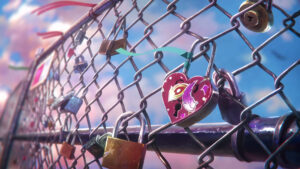 Other sequences showed the school’s facilities, with items and symbols lying around that can be linked to certain champions.

A microphone with a red decor can be found beside a piano in the music room, suggesting the arrival of Piltover’s starry-eyed songstress, Star Guardian Seraphine. The special K/DA member is capable of playing a lot of instruments, including the keyboard.

The blue pouch filled with musical notes might belong to Star Guardian Sona, the etwahl musician, while the school bag with the noodle pin alludes to a Star Guardian Akali skin.

The most recognizable symbol in the video was Xayah and Rakan’s love lock, featuring the couple’s enchanted feathers. Outside the school grounds, fans had a good look at Valoran City during the spring season.

A shadow of a bird was spotted passing by a ramen stand, likely Quinn’s eagle companion, Valor. In another area of the city, Jinx’s infamous monkey graffiti can be seen on a metal door.

The last part of the video showed a pink-haired high school student standing on top of the rooftop, wearing Star Guardian Ahri’s necklace.

The new Star Guardian skins will be released on July 14, with more details to be revealed as the line’s launch date draws near.

Here are all Star Guardian skins and their released dates: