Ranking all Star Guardian skins in League of Legends

They will fight as one or fall as many. “Reveal the staff, and shine your light! Release!”

At one point in our childhood, these iconic magical girl catchphrases lived rent-free in our heads. Sailor Moon and Cardcaptor Sakura captured the hearts of millions of weebs with their kawaii (cute) looks and dazzling powers, living double lives as students while saving the world.

These classics shaped the magical genre we know and love today, as seen in television shows, movies, and video games, particularly in League of Legends.

There are a total of 24 skins in this line, excluding Prestige versions and Pajama Guardians, the April Fools version of the original skin line.

A sacrifice for Kyubey

Ekko’s new look is not up to par compared to the first two male Star Guardians, Ekko and Rakan, who both exude flamboyance and a bit of charm in their skins.

As such, Star Guardian Ekko shall be sacrificed to Kyubey, the most terrifying antagonist in the maho shojo universe. 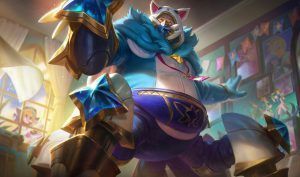 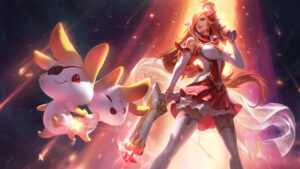 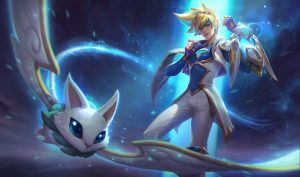 A tier above Ekko, all these six skins probably need a bit more rework and polishing before they can be truly worthy of their titles as Star Guardians.

The design team could have played a bit more with Lulu’s Star Guardian look by giving her giant curls or braids, instead of plainly letting her hair down. Ezreal is suffering from hair problems as well with his funky ‘do that looks odd with streaks of blue in it.

Meanwhile, Nilah’s Star Guardian color palette of pink, bright green, and purple and overall style look underwhelming compared to the other SG skins released this year. With three contrasting colors used in her uniform, Star Guardian Nilah looks all over the place.

A special mention in this list would be Pajama Guardian Cosplay Urgot, which is technically not a real Star Guardian but the group’s superfan. What was once a meme soon turned into reality as this special skin was unveiled. The team did a fantastic job on his design, making the dreadnought look a little less horrific with his fluffy, oddly-shaped onesie. 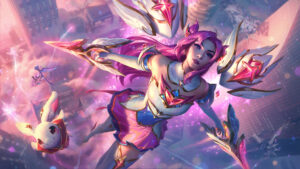 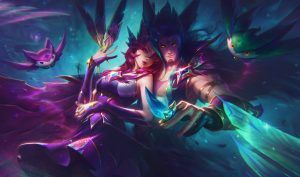 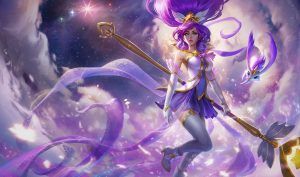 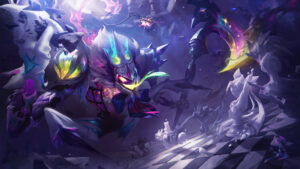 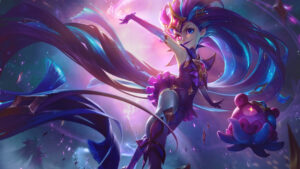 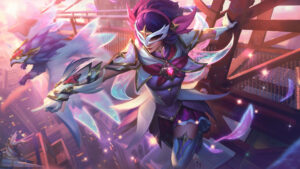 Fiddlesticks’ incredible splash art caught our attention, since it looks straight out of an episode of Puella Magi Madoka Magica. The champion’s design makes a horrifying witch, feeding off of despair and grief from corrupted Star Guardians.

Meanwhile, the new Star Guardian Kai’Sa skin is almost perfect, save for her underwhelming animation recall. Riot Games missed the opportunity to include her magical transformation in the animation, like other Star Guardians.

Star Guardian Taliyah would have been perfect as well if it was given more textures on Weaver’s Wall. It wouldn’t hurt to add a few magical crystals to make it look even better.

Star Guardian Quinn’s mask design reminds us of Sailor Moon’s Tuxedo Mask, a mysterious man that supports Sailor Guardians in the series. And while Quinn’s Star Guardian form looks great, the skin’s visual effects is a bit too similar to Heartseeker Quinn. 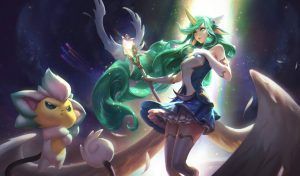 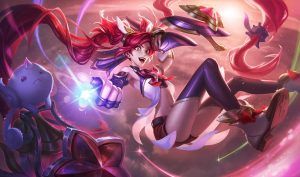 These six skins shrine the brightest out of all Star Guardians, nailing down the magical girl thematic with their charisma, design, and familiars.

Ahri, in particular, was born for this concept, and Riot Games did a flawless job in the execution of the skin in-game. We absolutely love the effects on her second and third abilities, but nothing can beat her form when casting her ultimate ability.

The magical fox transforms into a mass of glitter and gradient, much like when Super Mario becomes invincible. Additionally, this skin also has one of the saddest death animations we have ever seen, where Ahri disappears into thin air before she can hug her familiar, Kiko.

Star Guardian Soraka is also quite the standout in this batch with her fluffy wings, flowing green hair, and stellar staff. Without a doubt, this is one of Soraka’s best skins in the game.

Jinx is a very tomboy champion, but the design team managed to find the right balance by incorporating her girly side into this skin. Who knew the Arcane protagonist would look so good in black, red, and white, and with lots of sparkles?

For Sona mains, the long wait for the release of her Star Guardian skin was totally worth it. From her magical etwahl down to her translucent pair of wings, this skin had us mesmerized. Without a doubt, Star Guardian Sona could easily pass as a legendary skin because of its design and visual and sound effects.

The Star Nemesis Morgana skin has the complete package with its galactic visual effects, anime-like sound effects, and overall gorgeous colors. Riot Games did a fantastic job taking the fallen angel’s base color and transforming it into a gorgeous, deep purple.

READ MORE: Jankos: ‘I asked Plumy to cosplay Nidalee, when she showed up we lost to T1 0-3’