Proud to be Pinoy? Upcoming League of Legends champion Seraphine might be Filipino

Can we call her a dalagang Pilipina? 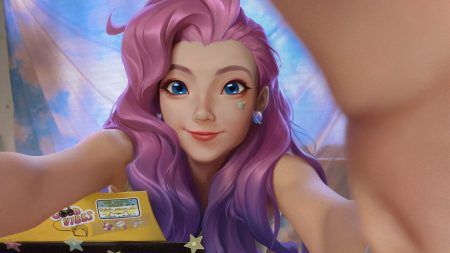 You’ve seen her all over Twitter and Instagram, and may have casually stalked her for a while — yes, we’re talking about the alleged upcoming League of Legends champion Seraphine (@seradotwav).

With her fluffy pink and purple ombre hair and knockout songs, Seraphine immediately became a social media star. Aside from her music and her pet cat Bao, many of her posts reveal a different side of her as she visits aquariums, play instruments, and take cute selfies on the beach.

Seraphine may have even dropped a hint or two about her true identity in between all these posts.

One photo over on Instagram showed her cooking what appears to be Filipino-favorites lumpiang shanghai (egg rolls) in a pan together with what could either be tocino (cured bacon) or cut up hotdogs.

This led fans to theorize that Seraphine may be a Filipino living around the Los Angeles area in California.

Riot Games has not released any official statement about Seraphine or hinted at a new champion after Yone, but fans are excited to follow the antics of this mysterious singer/songwriter. She even did a cover of K/DA’s smash hit, Pop/Stars!

Will Seraphine soon be unveiled as the fifth member of K/DA?