It’s time to add Yorick to your jungle pool

He can farm corpses and jungle creeps now. 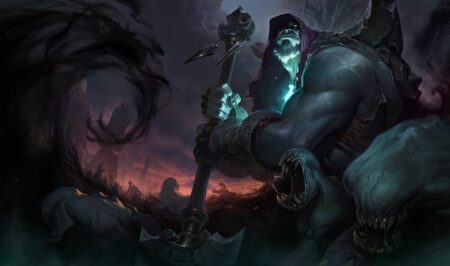 A champion that’s been hiding under the grave, Yorick has been given some love by Riot this League of Legends patch 11.7.

Completely absent in both pro play and high ranked games, Riot wants to increase his presence first by buffing his E, Mourning Mist.

Yorick’s bread and butter is Last Rites (Q), which is left untouched this patch. Instead, Mist Walkers’ raw damage has been buffed when they leap onto enemy champions and large monsters, boosting Yorick’s ability to jungle.

Marked enemy champions and large monsters will also Awaken nearby graves up to a maximum of four, because the more the merrier.

When played in the jungle, Yorick will greatly rely on Dark Procession (W) to burn flashes and to get kills. While he may not be the strongest ganker, playing him forces your opponents to react in new ways which they may not be comfortable with.

Jungle mains who have been spamming Udyr and Hecarim, are you up for a new challenge?