How to clear out Withering Zones in Genshin Impact

Plant zombies are now a thing. A new threat is looming in the grassy hills and valleys of Sumeru, and it’s up to Teyvat’s finest travelers to clear it out.

Along with the release of the Dendro nation, Genshin Impact version 3.0 introduces the Withering, an environmental mechanic that corrodes specific areas in Sumeru. If you can’t quite remember what Forest Watcher Tignari said in the tutorial, this guide will help you deal with these mysterious plants.

Here’s everything you need to know about Withering Zones in Genshin Impact, including its effects, how to find them, and destroy them.

What is the Withering in Genshin Impact?

The Withering is the general term used to identify areas that have been corroded by a mysterious power.

How to find Withering Zones

Similar to overworld puzzles and chests, Withering Zones cannot be seen on the map, but are pretty easy to spot when traveling on Sumeru’s main roads.

These zones have one main plant — called the Tumor of the Withering — and three nearby branches. You can tell where the branches are by the aura emitting from the tumor. 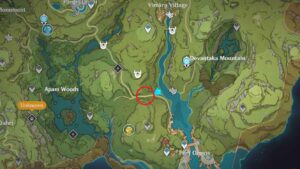 Effects of the Withering

Once you enter the zone, you will take on the status effect of Decay, indicated by the red meter above your health bar. All decayed party members will have decreased elemental resistance, physical resistance, and max HP. The severity of the debuff will be according to the amount of Decay accrued.

The Decay meter increases when you are hit by the attacks of decayed creatures and structures inside the zone. If your meter hits its max inside the area, the Withering’s effects will take over and eliminate your entire party.

How to clear out a Withering Zone in Genshin Impact 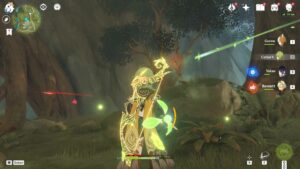 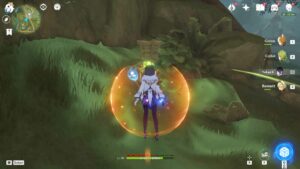 Your first task is to find and summon the nearby Dendrograna. The Dendrograna grants you the ability to destroy branches with normal attacks. Keep in mind that when you destroy a branch, it throws out a fan of spikes and spawns more enemies into the area.

If your meter is getting close to its limit, Candles of Life may appear in the zone, giving you a way to decrease your Decay levels. These objects bear similarities to the Ruin Braziers in Dragonspine.

Once you’ve destroyed the three branches and eliminated all enemies, you can now destroy the Tumor of the Withering by interacting with it.