How to get Fading Twilight, a free weapon for Yelan in Genshin Impact

Upgrade your offense with this bow! 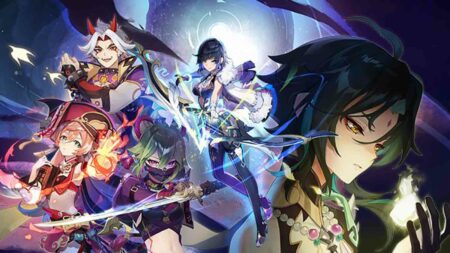 The latest patch puts the spotlight back on Liyue with the introduction of Yelan, the new 5-star bow user. While locals mention that she is quite mysterious, Yelan’s trailer depicts her as Liyue’s very own vigilante, infiltrating various criminal syndicates and relaying intel to the Ministry of Civil Affairs.

If you happen to get Yelan through her character banner, your next task is to level her up and find a good bow for her, which can be difficult for free-to-play users. To help new Yelan mains out, HoYoverse is introducing a new event where players can get the 4-star bow weapon, Fading Twilight, for free.

How to get the Fading Twilight free weapon in Genshin Impact 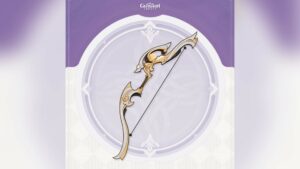 This 4-star bow weapon is an exclusive reward given during the “Perilous Trail” event.

Players must complete challenges in the “Realms of Guile and War” to claim the event-exclusive free weapon and its refinement materials.

To participate in the V2.7 event “Perilous Trail”, you need to accomplish the following:

You can enter the event through “Quick Start” on the in-game event page.

If you’d like to enhance the event experience, HoYoverse recommends that you complete the three additional quests down below:

The “Perilous Trail” event will be available until June 20, while its event shop will be open until June 27.

Aside from Fading Twilight, players can also obtain other valuable items, such as the bow’s weapon refinement material, primogems, and other ascension materials.

You can check out the full details on the official event page.

Here are all the materials you’ll need to ascend this 4-star weapon:

The 4-star bow weapon has a unique effect called “Radiance of the Deeps”, which passively increases the character’s damage up to three levels (6%/10%/14% at R1).