Fight for justice with this Liyue spy! 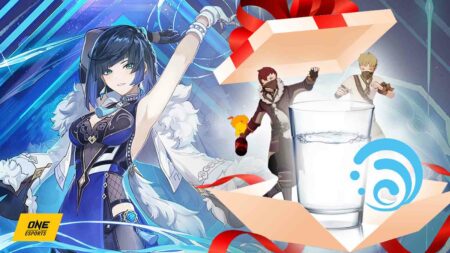 While not much is known about the character as of now, she takes pride in being a member of the Ministry of Civil Affairs, cracking down on criminal activities in the region of Liyue.

If you’re looking to secure the 5-star character, you’ll be going against the odds of Genshin’s gacha system. But don’t fear, we have the best solution for you and your primogems.

Here are three Genshin Impact rituals that will bolster your chances of bringing Yelan home.

You can convince the Night Orchid to join your ranks by having Liyue’s finest by your side. While regular citizens like Yanfei and Xingqiu are familiar faces to her, Yelan will have a stronger attraction to members of the Qixing, the committee behind the Ministry of Civil Affairs.

If you happen to have either Keqing, Ganyu, or Ningguang, putting them in your party might entice Yelan to appear in your pulls, as she’s bound to tell them intel about the next treasure hoarder attack.

Since the Liyue vigilante is a Hydro character, you can also increase your gacha luck with an all-Hydro team composition. Yelan can go with the flow alongside Hydro users Barbara, Mona, Kokomi, and Ayato.

Stake out an enemy camp in Liyue

While Yelan is affiliated with the Ministry of Civil Affairs, its regular employees have confirmed that she rarely stops by the main building. Rather than waiting in the town square, you can bump into her during espionage missions at enemy hideouts.

There are numerous treasure hoarder and Fatui camps scattered throughout the nation of Liyue. If you’ve got the stamina, you can climb up to a nearby cliff and get a good view of the enemy camp. Here, you’ll have the best chance of catching Yelan doing her usual rounds of surveillance.

Bonus points if you wish at night since the Liyue crime-fighter loves to work in the shadows.

If you’re still stuck in Mondstadt, you can unlock the Geo nation after completing “Archon Quest Prologue: Act I – The Outlander Who Caught the Wind”.

Take a sip of water or tea before every wish

After a hard day’s work of tying up bandits and interrogating Fatui henchmen, Yelan usually winds down at her new business venture, the Yanshang Teahouse. While the teahouse doubles as her secret base, she’s always up for a few games of dice and a cup of tea with the locals.

We all know how frustrating the gacha system can be, so to follow the ways of Yelan, the final Genshin Impact ritual is to chill out with a beverage before spending your primogems.

With the Night Orchid being a Hydro user that owns a teahouse, we suggest that you take a sip of either cold water or hot tea right before every wish. This way, you can do an epic spit-take when you see the 5-star Hydro Bow user appear on your screen.

Yelan is now available in V2.7’s “Discerner of Enigmas” Character Event alongside 4-star characters Barbara, Noelle, and Yanfei until June 21.