After appearing in countless collaborations with brands such as Casio’s Baby-G, Razer, Uniqlo, and Levi’s, you would think that Pikachu is the most popular Pokemon in the world. This Reddit survey proves otherwise.

Thousands of Redditors have spoken, and the spot for the most distinguished Pokemon has gone to the dual Fire/Flying type, Charizard.

There were over 52,000 Reddit survey participants, and about 1,100 voted for Charizard, the final evolved form of the Fire-type pocket monster, Charmander, which was enough for the lizard-ish Pokemon to take the top spot. 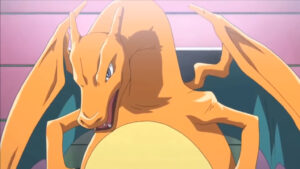 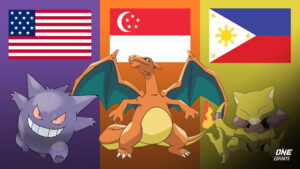 Charizard also came on top of the favorite list for each Pokemon generation (hailing from Gen 1) and each type (Fire).

Here are the 10 most popular Pokemon ranked according to Redditors:

The survey was generated by Redditor u/mamamia1001 to prove to everyone that “every Pokemon is someone’s favorite.” Silcoon, Gothita, Eelektrik, and Yungoos were surprisingly the four Pokemon that had no votes.

Despite being Ash Ketchum’s signature Pokemon and the face of the franchise, the Electric-type Pokemon, Pikachu, is nowhere to be found on the list. Another one of the game’s mascots, Eevee, landed in the ninth spot with about 580 votes.

Additionally, Charizard is also highly popular in Singapore, Brazil, Chile, Peru, Antigua and Barbuda, Canada, and El Salvador, according to a report by toy publication The ToyZone. They conducted a study using Google search volume data to find out the most famous pocket monsters by country.

Check out these gorgeous Pokemon kimono robes, Katy Perry’s collaboration with the video game franchise, and this FPS game that lets you shoot Pikachu.