However, Nintendo has confirmed there will be no direct relation to the N64 title. 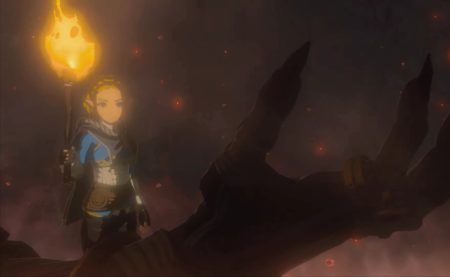 A sequel to The Legend of Zelda: Breath of the Wild is currently in development, according to a teaser trailer shown at the end of Nintendo’s E3 press conference.

The trailer shows Link and Zelda exploring what appears to be the ruins beneath Hyrule castle. The pair discover an ancient being that some fans are theorizing is the reincarnation of Ganondorf, the main antagonist of the Zelda series. It ends with a shot of the entire castle’s foundation shaking and beginning to rise.

The trailer has a dark, eerie feel to it, with creepy music and a style reminiscent of the Nintendo 64’s The Legend of Zelda: Majora’s Mask. Many fans have already made similar comparisons:

However, Zelda series director and producer Eiji Aonuma claims that this sequel will not have any direct relation to the 2000 title, according to an interview by IGN.

“The new Breath of the Wild or the sequel to it, it’s not necessarily going to be related to Majora’s mask or inspired by it… What we showed you currently is a little darker.”