Forza Horizon 4 gets a battle royale mode called The Eliminator

Race your way to a victory royale! 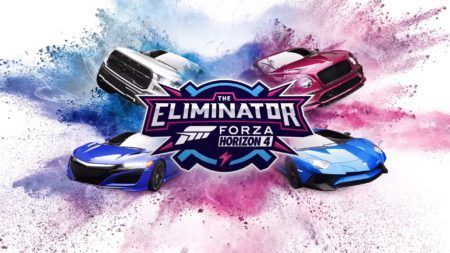 As if battle royales didn’t already dominate the popular competitive gaming scene, car racing title Forza Horizon 4 is now also getting into the mix with its first-ever BR mode.

Dubbed “The Eliminator” Forza’s take on the battle royale genre is a pretty simple concept. Instead of getting eliminated by taking fire and losing health, Forza drivers get eliminated when their car goes out of bounds of the race course’s shrinking circle.

Instead of your standard 100-player lobby, Microsoft has brought it down to 72 cars for Eliminator. Maps range from grassy hills and snowy roads to the most urban street routes. Even though the game mode might be pandering to the casual audience, it’s able to bring a fun and frantic energy to the racing genre.

Forza Horizon 4’s The Eliminator game mode is now available as a free to play bonus.

READ MORE: Lamborghini’s new vision GT supercar is too crazy to exist in the real world