Everything announced at the Nintendo Direct Mini: Partner Showcase

The time for Creation has come. 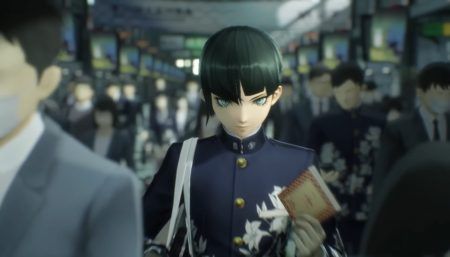 Here’s everything important that was announced.

The highlight of the Direct Mini: Partner Showcase was the announcement of Shin Megami Tensei V, Atlus’ hit role-playing game. Similar to the other titles of the franchise, the trailer showed a post-apocalyptic scene set in Tokyo, Japan. Terrifying demons have taken over the city, and it seems like at the center of it all is a green-haired student which might be the protagonist of the story.

The last Shin Megami Tensei (IV: Apocalypse) was released four years ago on the Nintendo 3DS, and fans have been dying for a sequel since then.

Shin Megami Tensei V will be an exclusive title for the Nintendo Switch and will be simultaneously released worldwide this 2021.

Additionally, the HD remaster of Shin Megami Tensei III: Nocturne will be making its debut to the console next year around Spring.

WWE fans were delighted to see their favorite wrestlers make a brief appearance on the Direct. Kofi Kingston, Big E, Cesaro, and Asuna all sat down together to play the arcade wrestling game WWE 2K Battlegrounds. The virtual brawling will start on September 18 later this year.

Cadence of Hyrule: Crypt of the Necrodancer Featuring the Legend of Zelda

Three DLC packs have been announced for the roguelike rhythm game Cadence of Hyrule.

A physical copy of Cadence of Hyrule along with all of its three new DLC packs will be available this October 23.

The Japanese version of the July Direct Mini ran twice as long as its American version. It gave players a brief overview of softwares launching on the Switch, with some titles releasing only in Japan. Here are the upcoming games along with their release dates.