Get ready for an out of this world concert experience inside the world of Fortnite. 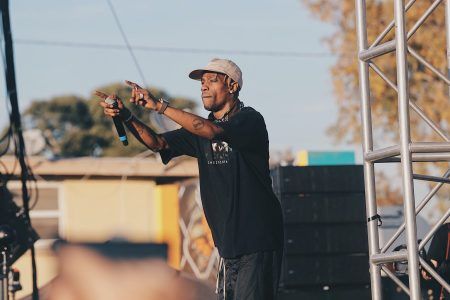 Fortnite: Battle Royale will be hosting a virtual concert tour for American rapper, Travis Scott, called ‘Astronomical’ from April 23-25, which will also feature the world premiere of a brand new track by the rapper.

The virtual concert tour, described by Epic Games as a “one of a kind musical journey” and “an other-worldly experience,” was inspired by the works of Travis Scott and built from the ground up in the world of Fortnite.

Astronomical will have a total of five tour dates in order to accommodate showtimes for players in different timezones around the globe.

Here’s when you can catch the virtual concert live:

Epic Games also announced that Travis Scott will be getting his own skin, along with emotes and other items, as the latest addition to the game’s Icon Series, which started with popular Fortnite streamer Tyler “Ninja” Blevins back in January.

Those who attend the Astronomical concerts will get an exclusive themed glider and loading screens.

There will also be a new set of Astronomical in-game challenges available that will unlock more tie-in rewards to the event, such as themed sprays and an emote mimicking Travis Scott in a viral photo in one of his concerts.

Astronomical will be the second major virtual concert to be held in Fortnite, with the first being a performance by American DJ Marshmello in February last year.

Epic notably claimed that the Marshmello Fortnite concert was the biggest in-game event in the game’s history with around 10.7 million players in attendance.

Considering that Travis Scott is much more popular than Marshmello, the Astronomical virtual concert tour may very well become another record-breaking event for Fortnite.

Astronomical will be available to all Fortnite players on every platform, though they must have downloaded the 12.41 update first in order to gain access. Doors will open 30 minutes before each show.